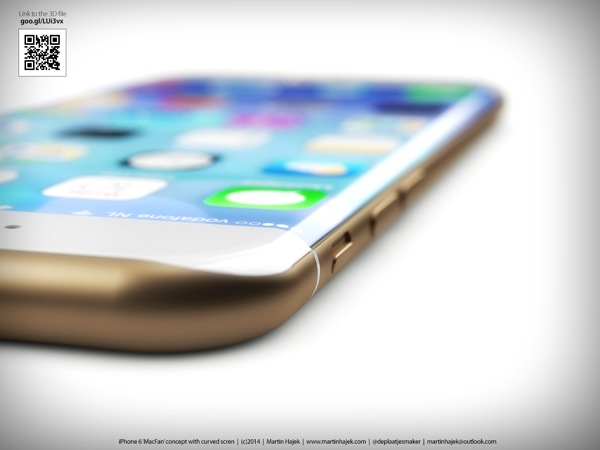 Chinese sources claim Apple will release a 5.5-inch iPhone model, but due to the use of high-cost, high-quality sapphire glass, the company will produce only 10 million units. The information was posted today on Weibo (via GforGames).

As you may have already read, Apple is expected to announce two new iPhone 6 models sometime this year. The rumour mill has been busy spilling information about an alleged 4.7-inch model, and we have seen a handful of high-resolution images of the “final version” iPhone 6 dummy. But there has been silence regarding 5.5-inch model rumours since the news broke that the handset had been postponed due to manufacturing issues. Up until today, that is.

Now, according to the Weibo post, sapphire glass will add another $280 to the final price of the iPhone, which would increase its price to $1285 in China. By comparison, the 64 GB iPhone 5s retails for $1106.

Fact is, sapphire glass is expensive, at least using the currently available manufacturing technology. That’s why recent Digitimes research concluded GT Advanced could supply only up to 11.6 million units of the forthcoming iPhone 6, which is questionable, since the Apple-GT Advanced deal was conceived to push down manufacturing costs.

We’ve contacted analyst Matt Margolis, who strongly contradicted what the Chinese rumours suggest. He expects the bill of materials for sapphire glass to be up to $15 per unit.

GTAT should receive $8-10 per screens equivalent if they just grow and ship sapphire cores and the remaining costs of $3-5 will go towards the processing of the sapphire cores (slicing and finishing).

Finally, we may underscore that the iPhone 6 could become a more exclusive smartphone due to the sapphire glass, but we wonder if the price would go that high. Although we can’t exclude a price hike, since we’ve heard that Apple has been negotiating a possible $100 price hike with carriers.

Xbox is rolling out a new lineup of Xbox Game Pass games, closing out in January 2023. Rounding out the first month of the year, fans can look forward to sinking their teeth into Hi-Fi Rush, and Age of Empires II: Definitive Edition. Plus, as previously reported, the iconic Goldeneye 007 is arriving this week...
Steve Vegvari
36 mins ago