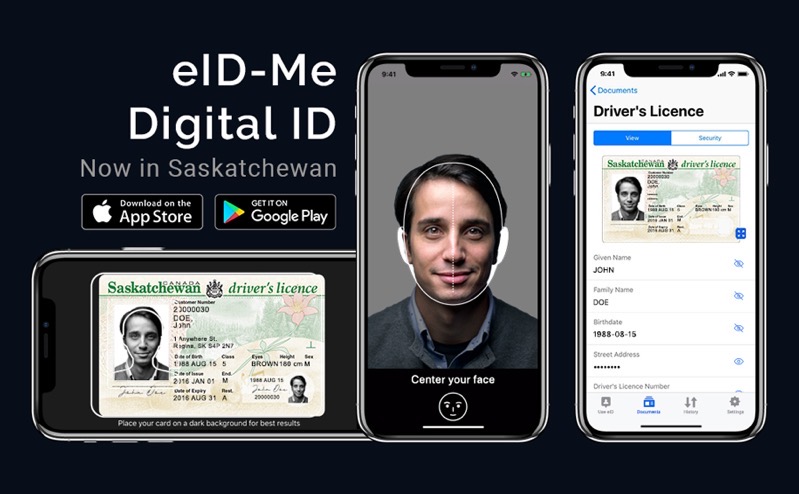 The app will support a Saskatchewan Driver’s Licence and Photo ID Card, plus Canadian and US Passports.

“Bluink’s mission is to empower people and businesses by making secure access simple using strong identities,” says Steve Borza, CEO of Bluink, in an emailed statement to iPhone in Canada.

“To prove our commitment, our current vision is focused on enabling a self-sovereign digital identity for every Canadian. That’s how eID-Me came to life. As we are continuously developing partnerships on different levels for integration and adoption, we are also working hard to enable citizens to verify their ID and register for their eID-Me digital identity on their smartphones, all from the comfort of their own home, anywhere in Canada,” added Borza.

To get started with eID-Me, you’ll require a Canadian or US Passport, plus one of the following ID cards (without an address sticker):

With the eID-Me app, it can be used as a secure, local backup of ID information on your smartphone. ID information is not stored in the cloud, and Bluink never gets access, says the company.