SaskTel 5G Expands to Town of Cut Knife and Beyond

SaskTel has today announced the expansion of its 5G network to the communities of Crooked River, Cut Knife, Quill Lake, and the rural area northeast of Hanley. 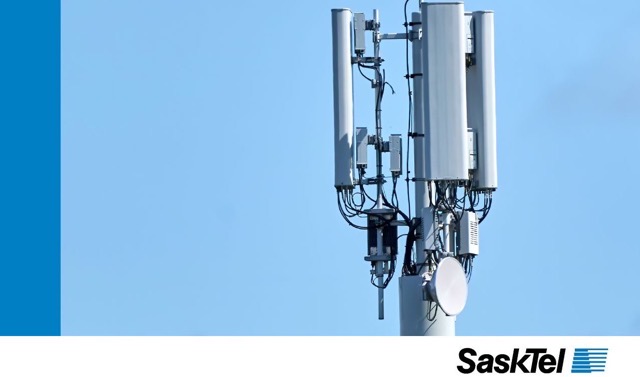 Delivering hyper-fast data speeds, SaskTel’s 5G network is bringing a new level of wireless connectivity to the residents and businesses of Saskatchewan.

“Today’s announcement is another positive step forward for SaskTel and the work it’s doing to bring 5G to the people of our province,” said Don Morgan, Minister Responsible for SaskTel.

“With access to SaskTel’s 5G network, residents will be able to enjoy more reliable connectivity and are better equipped to compete and succeed in today’s world.”

With the rollout of 5G to these communities and areas, SaskTel has begun an important phase in its 5G program which will provide improved connectivity for rural communities and important Highway corridors throughout Saskatchewan.

Powered by Samsung, SaskTel’s 5G network can reach speeds of up to 1.2 Gigabits per second (Gbps) allowing customers to connect faster than ever before.

Future benefits of the 5G network once fully deployed will include incredible capacity and ultra-low latency.

Connecting to the SaskTel 5G network will require a compatible device and a 5G compatible wireless plan in a 5G coverage area.