How to Scan a QR Code with Your iPhone, iPad Camera [VIDEO] 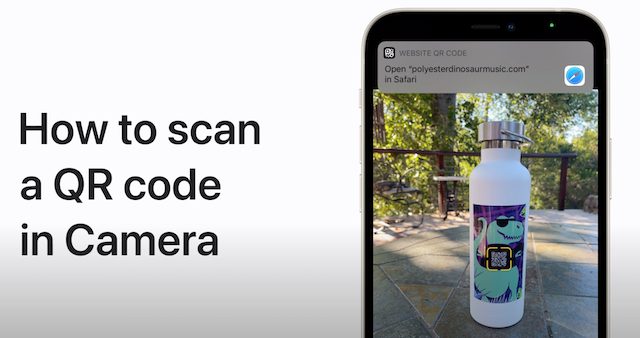 A new video published on the official Apple Support YouTube channel explains how you can quickly scan a QR code using the default camera app on your iPhone, iPad, or iPod touch.

QR codes give you quick access to websites without having to type or remember a web address. For a fast way to scan a QR code, all you need to do is open the Camera app and point the rear-facing camera at the code.

The link appears as a notification at the top of the screen. Simply tap the notification to open the link associated with the QR code.