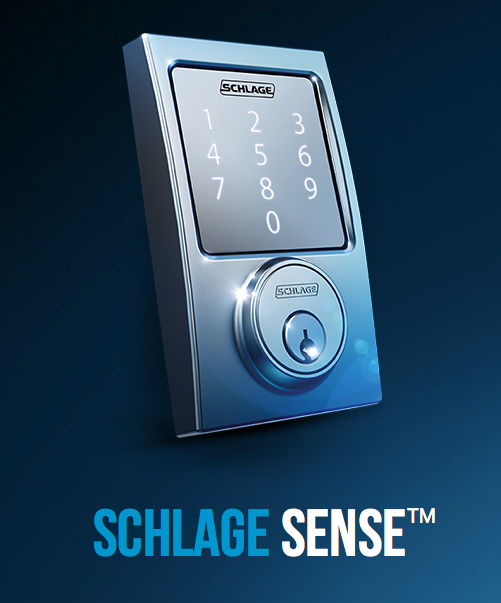 Today Schlage, a division of technology safety and security company Allegion, has announced the Schlage Sense smart lock at CES in Las Vegas.

The touchpad-enabled smart lock is integrated with Apple’s HomeKit, which gives it access to various iOS features. The device allows users to unlock their doors using Siri voice commands over Bluetooth.

“Schlage SenseTM is all about stylish convenience. Schlage Sense eliminates the hassle of fumbling around to find your keys. It also gives you the choice and flexibility of entering your home using its illuminated touchscreen or with your smartphone.”

In addition to unlocking your doors with Siri, the Schlage Sense allows users to enter a numeric code or use a traditional key.

The integration with HomeKit also brings enhanced security, with end-to-end encryption between the smart lock and the company’s app on the user’s iOS device. If the device senses a potential intruder, the lock will send out an alert to the home owner’s smartphone using new Built-in-Alarm Technology.

“HomeKit technology provides advanced security with end-to-end encryption and authentication between the Schlage Sense™ lock and an iPhone, iPad, or iPod touch. HomeKit also lets consumers control their Schlage Sense™ lock with their voice using Siri. The stylishly advanced lock gives homeowners the choice and flexibility of entering their home using the lock’s illuminated touchscreen or with their iPhone.”

The Schlage Sense will come in two styles (Camelot and Century) and a variety of finishes (Matte Black, Satin Nickel and Aged Bronze), which the company claims will match any home’s aesthetic. The device will be available in both retail and online stores in late 2015. The company has yet to announce any official pricing for the device.