Self-Driving Cars May Give Canadians a Licence to Behave Badly

According to a recent survey carried out by the Traffic Injury Research Foundation, the image of drivers texting, dozing or sipping a martini while they sit at the wheel of self-driving cars prevails among a significant number of Canadians, The Globe and Mail is reporting. 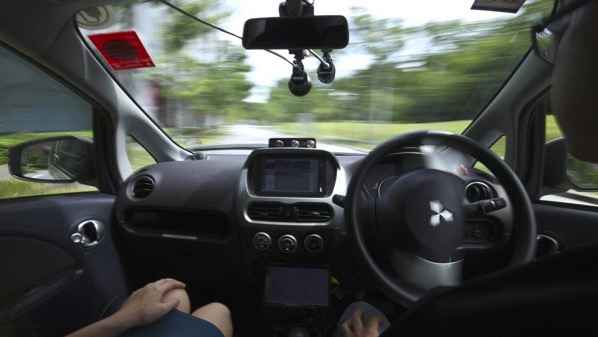 The survey comes as auto makers, technology companies and parts suppliers spend billions in the race to develop fully autonomous vehicles. The non-profit road safety organization surveyed 2,600 Canadians, revealing that 9% of the participants would drink and drive, 10% would sleep, while 17% would do something unrelated to driving.

“These results are disturbing and illustrated that at least some drivers mistakenly believe that these vehicle technologies do not require driver input or attention at all times,” the foundation said in a report on the results, which will be released Thursday.

“This has considerable potential to increase crashes due to driver error and underscores that drivers may negatively modify their behaviour and decrease their safety because they do not understand the limitations of these technologies or how to use them correctly,” said the foundation, which is based in Nepean, Ont.

Nearly 35% of those surveyed said that if they were late, they would disengage self-driving technology in order to drive faster and 13% would take over so they could run red lights.

Self-Driving vehicles are being tested in pilot projects under controlled, ideal driving conditions in various U.S. states, although experts believe they are a decade or more away from being widely available.