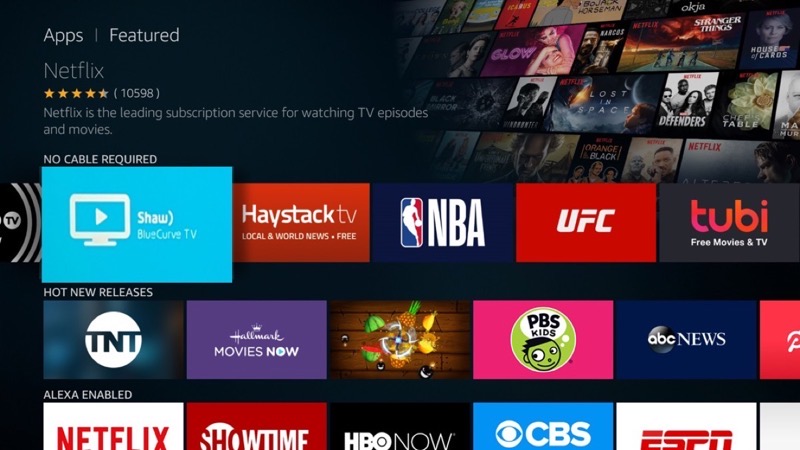 Shaw says you will need a TV subscription and an Amazon Fire TV streaming device (running Fire OS 5 or newer) to use the BlueCurve TV app. You’ll also need a Shaw ID to log into the app on your Fire TV.

To get started, you’ll need to download the Shaw BlueCurve TV app from the Apps main menu on your Fire TV device. After launching the app, you’ll need to enter a 6-digit access code with instructions on how to activate your account and log in, by heading to activate.shaw.ca on your computer or mobile device.

Previously known as FreeRange TV, the app rebranded to BlueCurve TV in the fall of 2019, after the company moved its IPTV offering over to Comcast’s X1 cloud platform.

Update Dec. 20, 2021: A Shaw spokesperson confirmed to iPhone in Canada the BlueCurve TV app launched on Amazon Fire TV in “early December”. In addition, regarding the Shaw TV app on Apple TV, the spokesperson said they had no additional information at this time to share.

Last month, Amazon Canada and Affirm announced monthly payments would be launching and this week they went live. On eligible items, you can now see mention of how much you can pay for the item over a period of months with Affirm, noted underneath pricing. You can see the Affirm line on the Apple Watch […]
Gary Ng
13 hours ago