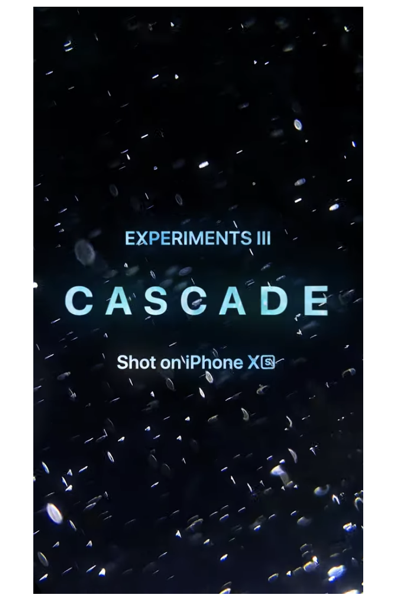 Let your mind wander with our newest experiments. Commissioned by Apple. #ShotoniPhone by Donghoon Jun and James Thornton of Incite in collaboration with WET.

The video below shows various water effects recorded on an iPhone XS:

You can check out behind the scenes of the video below:

Apple previously commissioned Incite for its other Shot on iPhone XS experiments, with a September video showcasing slo-mo and time-lapse features on an iPhone XS shot in 4K.

A later video in January of this year showcased the iPhone XR, with another experiment conducted by Incite utilizing a rig with 32 iPhone XR units hooked up to it.