Unlike the use of machined-aluminum in electronics, a concept which Apple introduced a few years ago starting with the unibody MacBook, Apple’s sapphire production will be much harder for other manufacturers to copy. According to an interesting report by The Verge, Apple is now moving into the business of producing sapphire crystal, rather than merely sourcing its component materials, for use in its future devices. 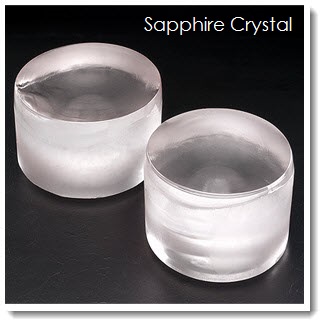 Materials scientists and mobile industry analysts suggest that Apple’s goal for this year would be to speed up production times and improve yields to the point where sapphire becomes a viable replacement for the entire iPhone’s display, in addition to the iPhone’s camera lens and home button along with the long-rumored ‘iWatch’. While Apple has been on a consistent path to owning more of the tools and equipment used in the creation of its devices, owning the entire factory is just the next step, whose goal appears to be “to extend the period of exclusivity for its hardware innovations”.

“There are a number of practical distinctions between sapphire and aluminum that may also have motivated Apple’s new approach. Whereas the silvery-gray metal makes up 8 percent of the Earth’s crust and has no supply shortages, synthesizing sapphire takes a great deal of time and effort. Harvard physicist Frans Spaepen says that the process for making sapphire windows is “already very mature and is unlikely to undergo the kind of revolution that led to cheap aluminum.”

Apple’s history shows a company of unbridled ambition and a matching willingness to invest. What’s different about its approach with sapphire, however, is that it will be much harder for others to copy.”

Do you think Samsung will be able to compete with Apple’s new, integrated sapphire crystal supply chain?