Snapchat has just debuted its first AR game called ‘Ghost Phone,’ in which players must discover the secrets of a found phone and solve the mystery of what happened to the previous owner. 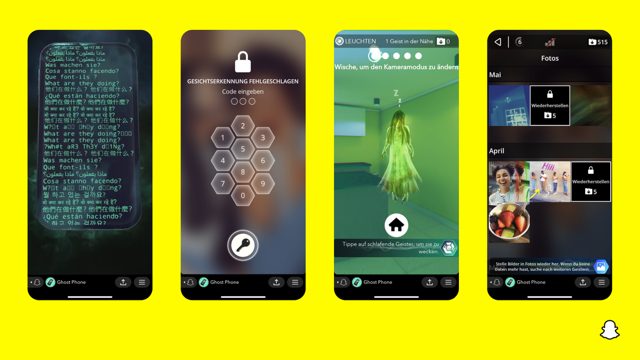 Using surface recognition, the spooky Ghost Phone Lenses bring gameplay into the user’s own environment, prompting them to get up and get moving to collect phantom energy within the phone and bust ghosts.

To solve the mystery, open your Snapchat and search “found phone” in Lens Explorer, or look for a mysterious icon behind the Rocket in Chat.

You can download Ghost Phone for Snapchat lens by clicking here.

Back in July, Netflix announced it had picked Microsoft to power its upcoming ad-supported tier. This discounted tier would make up for its cheaper price by showing ads within shows and movies within the streaming service. Now, it appears this ‘Netflix with Ads’ tier will lack a major feature of regular subscriptions: offline downloads. According...
Gary Ng
46 mins ago