Snapchat for Web Launches for Desktop Calling and Messaging Snapchat is launching a web client to make messaging and calling possible from your desktop, a spokesperson for the company told iPhone in Canada in an email.

In addition to basic messaging and voice and video calling, Snapchat’s Chat Reactions and Chat Reply features are also available on the web client. The Web client will also bring over users’ 3D Bitmoji avatars from the looks of it. Lenses for video calls are coming soon as well, Snapchat said. 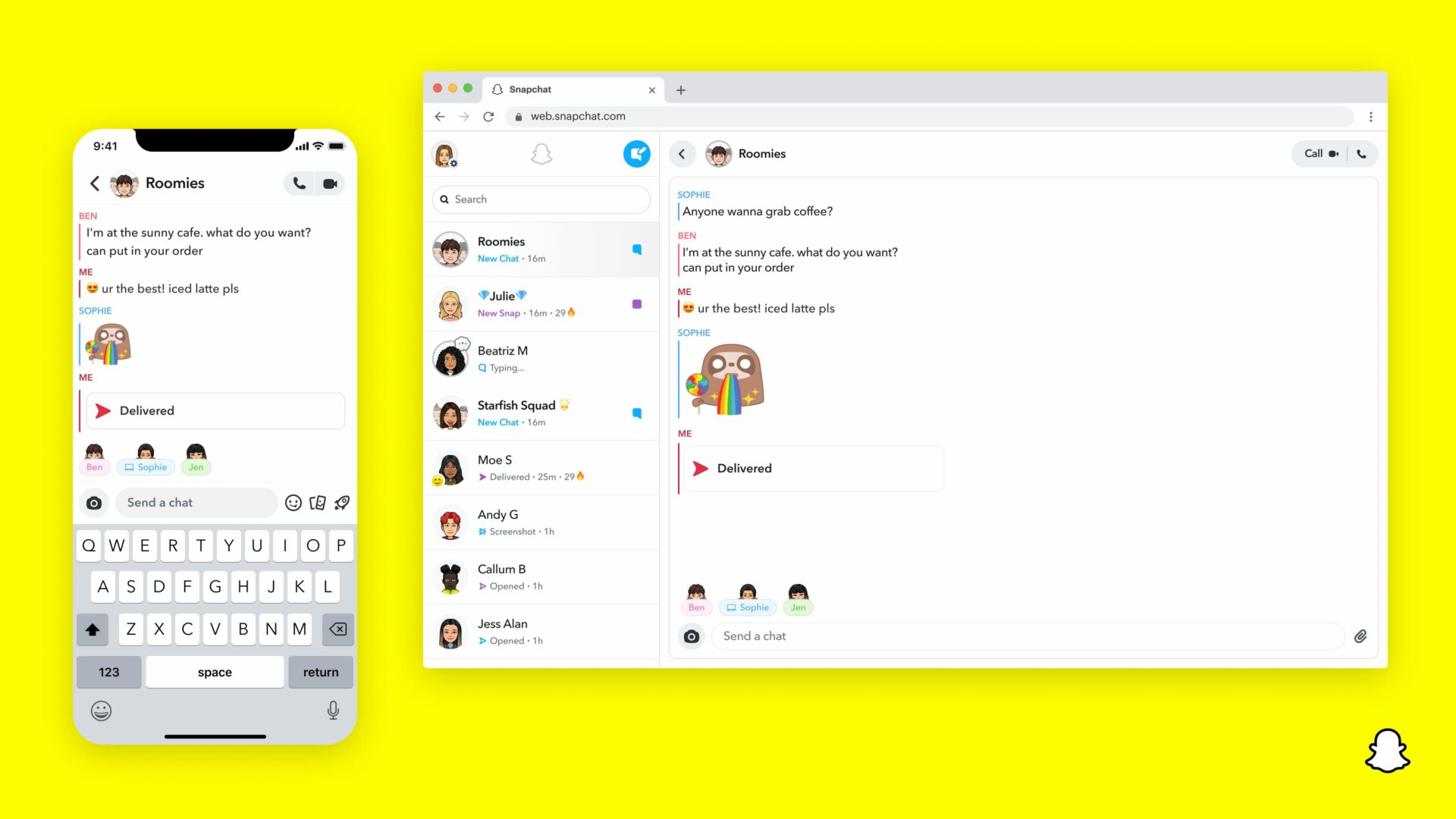 “Snapchatters will also be able to send Snaps right from their computer,” the company added. Snapchatters can access Snapchat for Web by going to web.snapchat.com and logging in to their Snapchat account.

Users can “pick up their conversations right where they left off on mobile–but now from the big screen.” Snapchat for Web is available now for Snapchat+ subscribers in Canada, the U.S., the U.K., Australia, and New Zealand.

Snapchat said a global rollout is coming “soon,” but it’s unclear if non-paying customers will ever get access to the company’s web client.

Snapchat may even take the WhatsApp route for its desktop ambitions, eventually creating a full-fledged desktop app if the web client takes off.

Apple has just published a new feature on how Chicago Lighthouse's 'Photography for All' program is using Apple technology to teach photography to teens who are legally blind or have low vision. Photography for All is part of the city’s One Summer Chicago youth employment initiative, which provides people ages 14 to 24 with internships...
Usman Qureshi
9 hours ago

According to an article published by The Wall Street Journal, Apple Pay adoption has now hit 75% of iPhones in the U.S., a number that has climbed up from only 10% in 2016 and 20% in 2017. Apple says that 90% of retailers across the U.S. now take Apple Pay, whereas only 3% of retailers accepted...
Usman Qureshi
10 hours ago

Less than four months after launching the product publicly, Snap is discontinuing the development of the Pixy flying selfie camera drone as it adjusts its product plans during the economic downturn (via CNBC News). Citing people familiar with the matter, the report was initially published by The Wall Street Journal, noting that the decision was relayed to...
Usman Qureshi
10 hours ago