Snapchat has expanded its Chat feature to allow up to 16 friends to take part in a group video conversation for the first time. 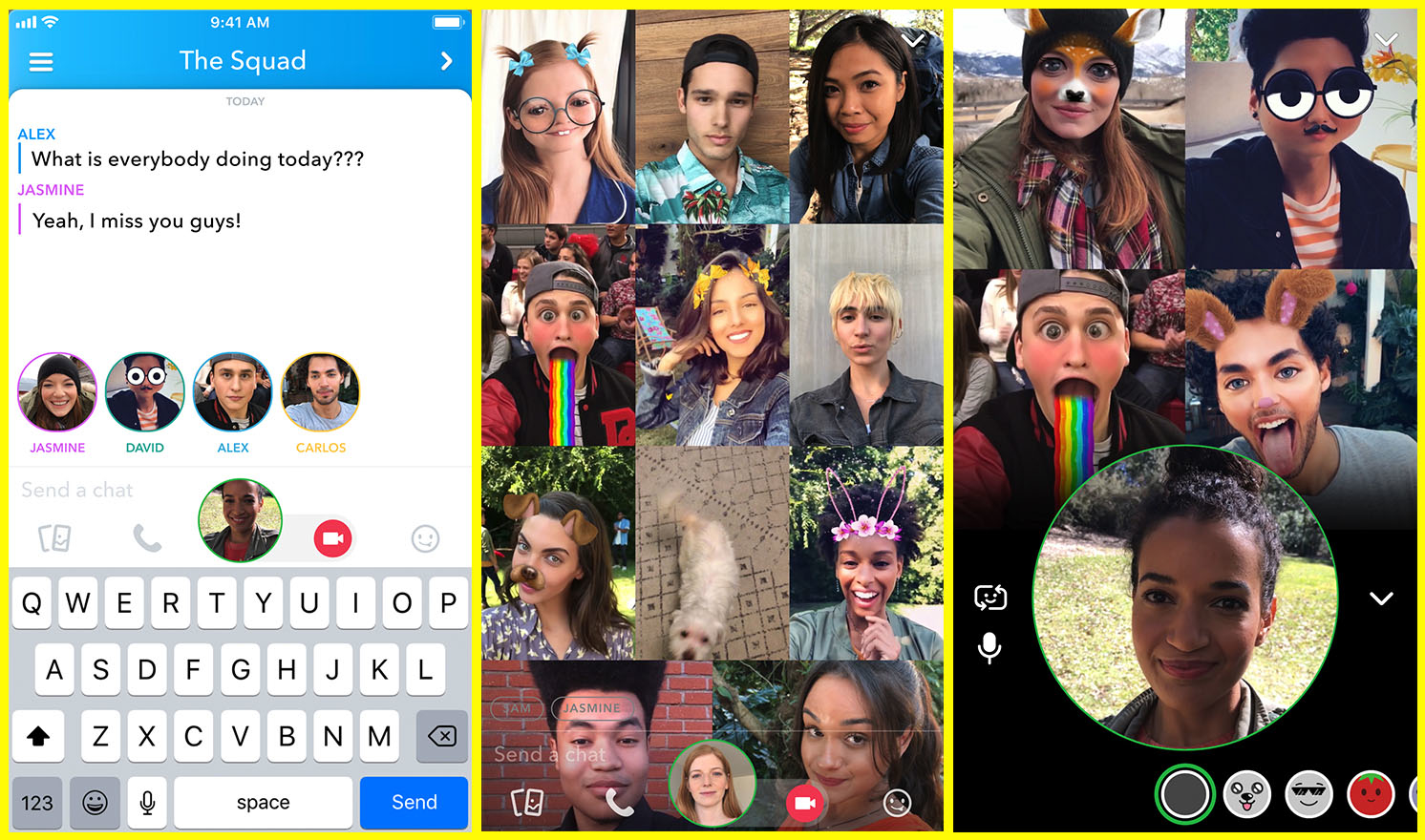 According to a new report from The Verge, Snapchat says its new service will allow as many as 16 people to chat via video at one time, in a feature that’s designed “to feel less like texting and more like hanging out.”

“Today, we’re making Chat even more fun. Now you can video chat with up to 16 of your friends at one time,” Snapchat said. “Just tap the video camera icon in a Group Chat to get your friends together! Friends in the Group Chat will receive a notification inviting them to join.”

When a friend joins a group video chat, their name will light up and appear above the keyboard to confirm that they’ve joined the call. For users who don’t want to be seen in the video, there’s going to be an option that would let them join the group chat using only their voice.

Snap Inc. is also introducing “mentions” as part of the same update, allowing users to tag their friends’ handles, similar to Instagram Stories’ feature. You can tag friends in your Story posts by typing “@” and then entering their username.

Snapchat has confirmed that the group video chat and mentions features will be rolling out to users globally over the next few weeks.