Sonos has said for a while its latest Sonos One speakers will support Apple’s AirPlay 2, but now the company has confirmed other speakers in their line up which will also support the wireless protocol.

According to the Mac Observer, Sonos confirmed the Playbase and Play:5 will join the Sonos One in supporting AirPlay 2. 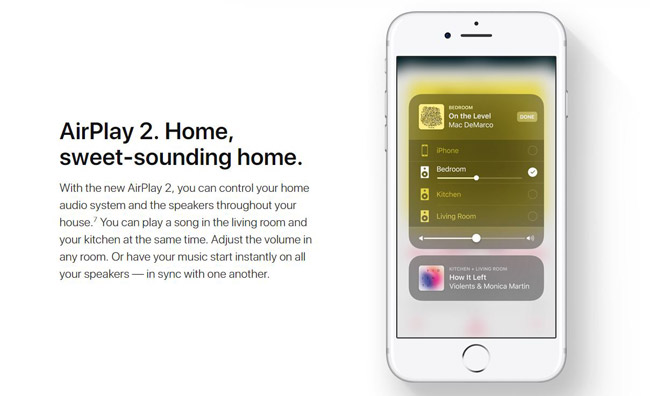 AirPlay 2 will allow speakers to be grouped and also setup stereo pairs. Sonos says any speakers actively grouped will work with an AirPlay 2-compatible speaker. So that means your pair of Play:1s will be able to be paired with a Sonos One.

The Sonos One is available for $249.99 and supports Alexa and soon Google Assistant, at half the cost of Apple’s HomePod.

Apple has not released AirPlay 2 yet, but it’s currently part of iOS 11.4 beta, so hopefully it should be out soon.

Update April 26, 2018: Sonos has officially announced this news on their blog, saying:

Today, we’re confirming that newer Sonos speakers like Play:5, Playbase and Sonos One will support AirPlay 2, as will future Sonos products. When you group one of these Airplay-enabled speakers with older Sonos devices, you can bring AirPlay capabilities to your entire Sonos system.

With AirPlay 2 you can play any sound from an iPhone, iPad, or Mac computer – including YouTube videos and Netflix movies – on Sonos speakers throughout the house. You will also be able to ask any Siri-enabled device to control Apple Music on Sonos speakers.