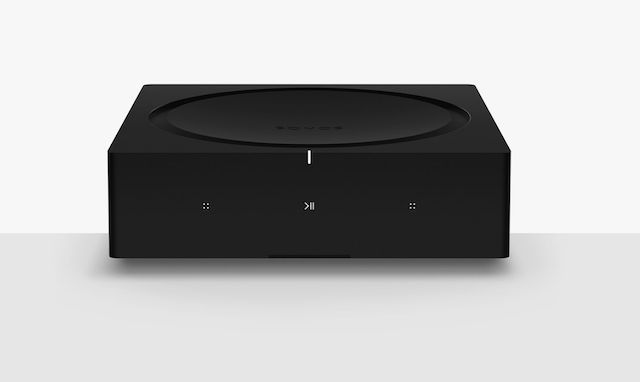 The new Sonos Amp outputs 125 watts per channel at 8 ohms and can power four speakers instead of two. The Amp can be used to add stereo sound to a TV, thanks to HDMI Arc support, or add wireless rears to a Sonos theatre setup.

Two Sonos Amps can also be used to add a complete surround sound system. It also works with Alexa when used in conjunction with an Amazon Alexa-enabled Sonos device.

Meanwhile, Sonos has also announced an expansion of its developer program, unveiling upcoming Control APIs that the company says will make it easier to integrate Sonos into the smart home (via The Verge). The company will fully open up the program to all potential partners on September 6th.

“But the most interesting piece is something that will start in a “preview phase”: audio notifications. Third-party devices like connected doorbells will be able to send notifications and alerts to your Sonos speakers. This is completely separate from the Alexa support that Sonos already offers; it’s a direct hook between devices and Sonos hardware. Jones said that Sonos is working with Samsung’s SmartThings division on possible ways of using audio notifications.”

Check out the teaser for the new Sonos Amp below, which will be available for purchase for home installation specialists in the US and Canada first, starting December 1, 2018.