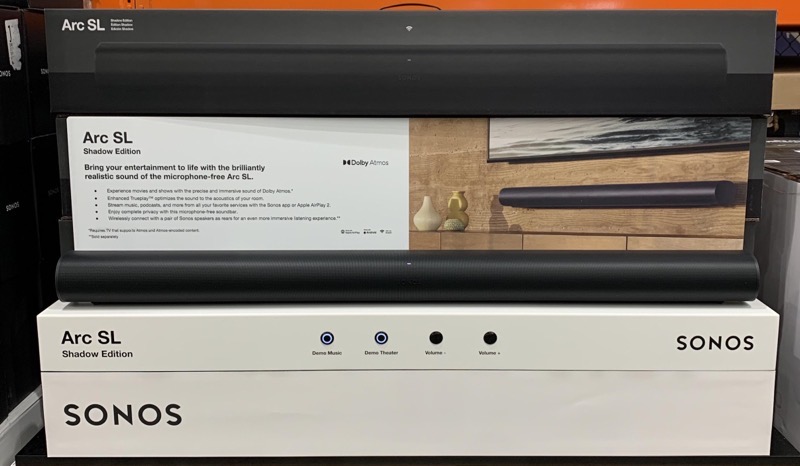 The Arc SL does not come with microphones, and alongside the exclusive new colourway, has a $50 price drop compared to the regular Arc (only available in black or white).

“Sonos Arc SL Shadow Edition brings the immersive sound customer’s love from Arc without built-in microphones in an exclusive colorway,” the company explained to iPhone in Canada in an email.

The Sonos Arc is an excellent soundbar that works great with Apple TV 4K to bring you a Dolby Atmos soundstage.

Arc SL Shadow Edition will be available on Costco.ca later this month, but has already been seen at warehouses in the USA (where it’s $749 USD).