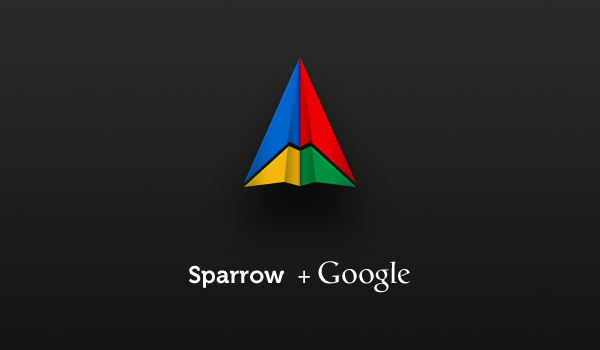 Sparrow, a third party email client for iOS that works really well with Gmail has just been acquired by–Google. The Sparrow team sent out a tweet a while ago to state:

We’re excited to announce that Sparrow has been acquired by Google! Read more here: sprw.me

From their website, the Sparrow team goes on to say:

We’re excited to announce that Sparrow has been acquired by Google!

We care a lot about how people communicate, and we did our best to provide you with the most intuitive and pleasurable mailing experience.

Now we’re joining the Gmail team to accomplish a bigger vision — one that we think we can better achieve with Google.

In a separate email sent out to its users, Sparrow CEO, Dom Leca, had this to say–check out this paragraph as that sums up the takeover:

We will continue to make available our existing products, and we will provide support and critical updates to our users. However, as we’ll be busy with new projects at Google, we do not plan to release new features for the Sparrow apps.

Did you read that? No more new features for Sparrow apps. It’s pretty much going to stay the way it is, forever.

Some might have seen this coming from a mile away, considering Google’s own Gmail iOS app has been plagued with issues and lacking the features and polish of the Sparrow email client. What does this mean for all the Sparrow users that have paid for the app? Are we left out to dry now?

Written with contributions from Anthony Kay.

Update: Google has provided a statement to MacStories on their latest acquisition:

The Sparrow team has always put their users first by focusing on building a seamlessly simple and intuitive interface for their email client. We look forward to bringing them aboard the Gmail team, where they’ll be working on new projects.

…our source said Google recognized that the five-person-team had a “lot of expertise in how to make mail communication really simple.” While we couldn’t get an exact number, we’re told that Sparrow was acquired for under $25 million, and that there wasn’t a bidding war surrounding the purchase. While our source couldn’t specify a timeline, the goal is to get the Paris-based Sparrow team in-house on the main Mountain View campus.

Our sources also noted that Google isn’t ruling out native Gmail clients for platforms beyond iOS and Android, and emphasized that Google wants to bring polish, “beauty,” and ease of use to all of its Gmail experiences across platforms (a suggestion that a native client for Mac and PC might be in the offing)