You know what’s a first world problem? Having your shiny new iPhone 7 arrive, only to not have a protective case on hand to protect your new baby (for those that like cases). 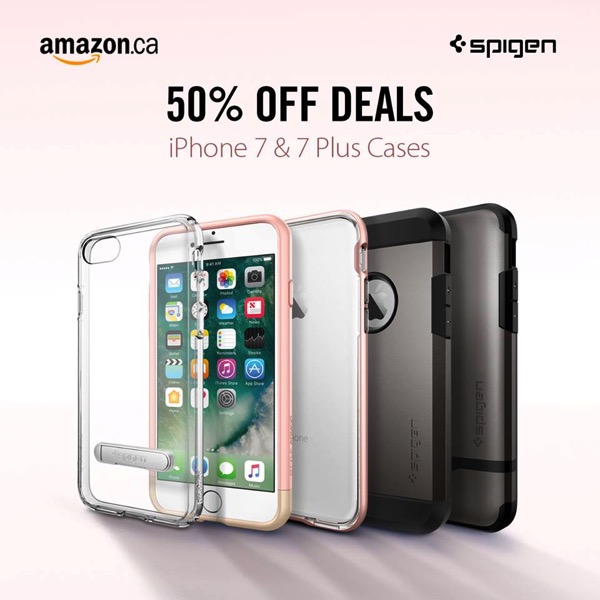 To solve that, Spigen Canada has launched a 50% off sale on all of their iPhone 7 and iPhone 7 Plus cases on Amazon.ca.

All you need to do is head to a product page, copy the promo code under “Special Offers and Promotions”, and enter it at check out. These codes are only viewable via the web and not on mobile.

Here’s the section where you’ll find the promo code on each product page:

Once you get to the checkout page, enter in the promo code under “Gift cards & promotional codes”. Once applied, you’ll see the discount reflected in your Order Summary: 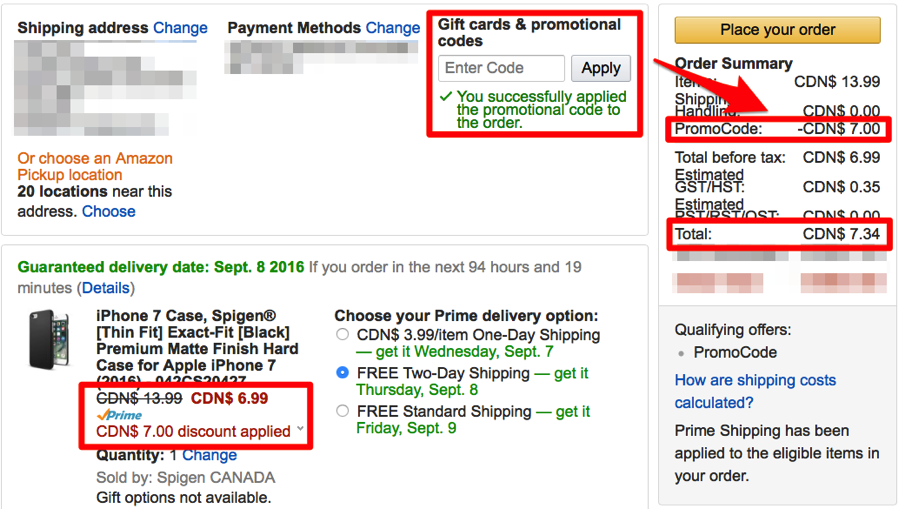 Spigen makes some decent cases and for $7 (for the Thin Fit), to have an iPhone 7 or iPhone 7 Plus case at home ready and waiting ahead of your online pre-order from Apple, will be priceless.

Of course, Spigen seems confident their iPhone 7 cases will fit, so there is the chance these may not be perfect, but rumours have stated dimensions and design changes of the next iPhone won’t be major, aside from the lack of 3.5mm headphone jack and new cameras on the back.

For those looking for a $7 Spigen Thin Fit case, use promo code 50OFFTFB for iPhone 7 and code TFB50OFF for iPhone 7 Plus.

Spigen says the 50% off sale starts today until September 7, 2016, while supplies last. They’re in stock and ready to arrive by next week.

You can check out Spigen’s cases here for 50% off:

Let us know what you pick up!