With Russian forces hacking state digital systems and spreading disinformation following their invasion of Ukraine, the folks over at MacPaw have launched SpyBuster, a new anti-spyware tool for macOS designed to spot apps with servers in Russia and Belarus.

SpyBuster helps detect apps and websites that originate from or communicate with servers in Russia and Belarus where security services can access any data stored on servers without a court order. 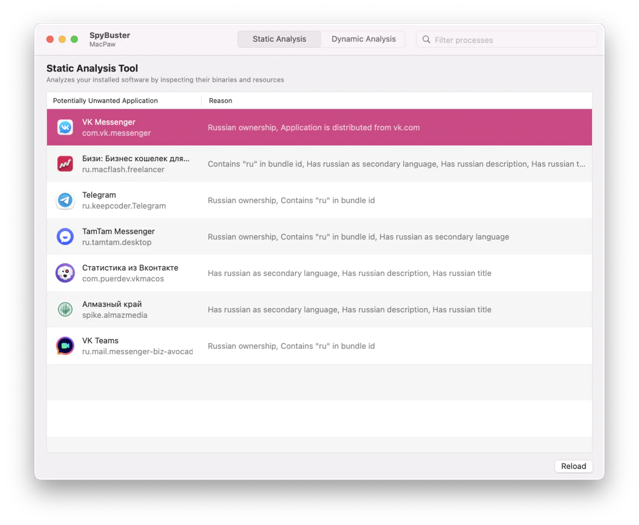 When you run an app on your Mac, it starts doing something right away: sending messages to servers, writing files, gaining access, etc.

“SpyBuster monitors the network behavior on your Mac and helps to quickly detect and block apps and websites that communicate with servers in Russia and Belarus. This is important in the realia of the Russian war against Ukraine and the increasing number of cyberattacks originating from Russia.”

SpyBuster is compatible with Macs running macOS 10.15 or higher. You can visit this link to download the app for free.