With WWDC less than a week away, the ‘leaks’ are coming in fast and furious. Apple announced their intentions about iCloud earlier this week, and now the official iCloud logo has been spotted at Moscone Center West, as snapped by @stop: 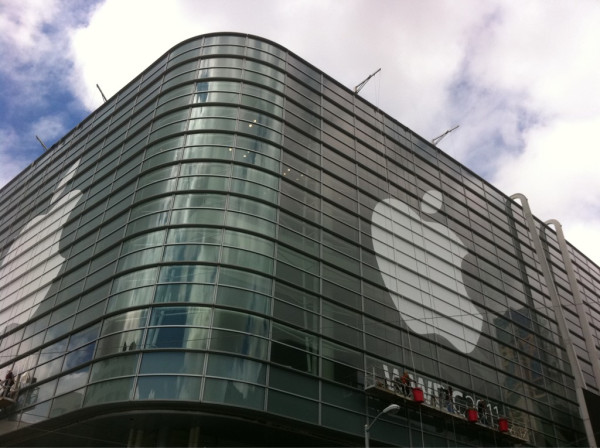 The logo looks similar to MobileMe, and looks to be a pretty slick looking replacement. iOS 5 rumours have stated integrated twitter features. What do you think iCloud will offer?