Tesla Motors will allow owners to start the Model S with only an iPhone, by issuing a firmware update in the next few months. According to 9to5Mac’s report, starting the Model S with an iPhone is speculated to involve Touch ID and may coincide with the launch of iOS 8 next month. 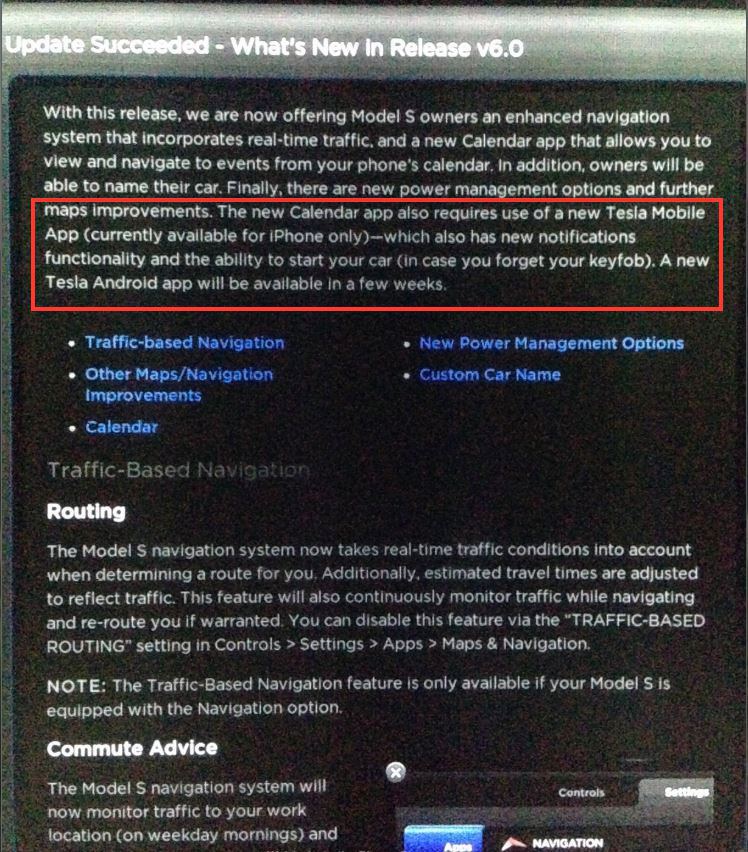 The source has also obtained a screenshot (shown above) of firmware’s Version 6, which is currently in beta stages and should be ready for public rollout very soon. Tesla’s existing iPhone app also offers its users the ability to start the car. Third parties like Viper and others also offer systems for starting a car from a mobile phone.

“There are some impressive new updates as part of Tesla’s long-anticipated OS 6.0 update shown in the above screenshots sent to us by a tipster. Maps/Navigation and Calendar app are probably the most important but the big surprise as you can see in slide 1 above is that Tesla will allow users to start and drive the Model S from the iPhone without a key. It appears that an Android version via app update will follow in the coming month.”

The update will reportedly not include some of the more advanced features previously announced, such as voice controlled song selection, additional suspension control and more.