Steve Jobs’ Girlfriend Reveals Their Relationship In Her New Book

Chrisann Brennan, the Apple co-founder Steve Jobs’s first long-time girlfriend and the mother of his eldest child, has written a book The Bite In The Apple, in which she describes her relationship with Jobs in the ’70s (via NY Post). She describes how the two met in 1972 when they were students at Homestead high school, dated on and off for five years and even lived together with their computer engineer friend Daniel Kottke. 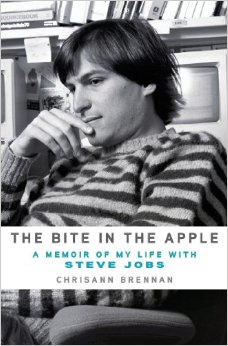 Brennan writes that their relationship ended in 1977 after she became pregnant at 23 with a child that Jobs denied was his despite a 1979 paternity test confirming he was the father. Jobs eventually accepted Ms Brennan-Jobs as his daughter and paid for her to attend Harvard, which led her to becoming a journalist. Brennan writes that as Apple took off, so did Jobs’ ego. His “behaviors didn’t improve with success: they changed from adolescent and dopey to just plain vicious,” she writes.

Steve would order the same meal night after night, yet he’d complain bitterly each evening about the little side sauces that were served with it, cutting the air with disdain for the waitstaff who would serve up such greasy-salty-tasteless-mock-fine cuisine. He seemed to assume that everyone at the restaurant should know better than to serve up such wallpaper paste — not only to him, but at all. Steve would run down the waitstaff like a demon, detailing the finer points of good service, which included the notion that “they should be seen only when he needed them.”

Steve was uncontrollably critical. His reactions had a Tourette’s quality — as if he couldn’t stop himself.

The book is now up for pre-order on Amazon at this link.