A pair of old Birkenstock sandals owned and worn by the late Apple co-founder and CEO Steve Jobs has been sold for a massive $218,750 at Julien’s Auctions, accompanied by an NFT, CNN is reporting. 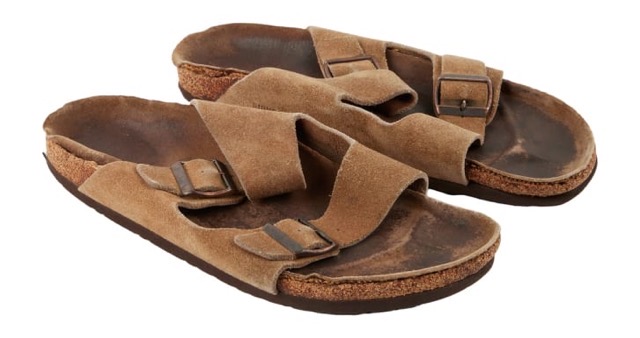 According to the auction house, the Birkenstocks have set a new record for the highest price ever paid for a pair of sandals at an auction.

The sandals, which retain the imprint of Steve Jobs’ feet, were described by the Californian auction house as “well used” but still “intact,” and “a wardrobe staple for Jobs in the 1970s and ‘80s.”

“The cork and jute footbed retains the imprint of Steve Jobs’ feet, which had been shaped after years of use,” the auction house noted. The Birkenstocks were saved from the trash by Jobs’ former house manager Mark Sheff.

“Steve Jobs changed the world not only with his revolutionary innovations but with his business leadership style and fashion in wearing sandals,” Darren Julien, CEO and founder of Julien’s Auctions, told CNN in a statement on Monday.

“These beloved Birkenstocks were worn by Jobs as he made history in the making of the Apple computer and were the tech icon’s signature staple.”