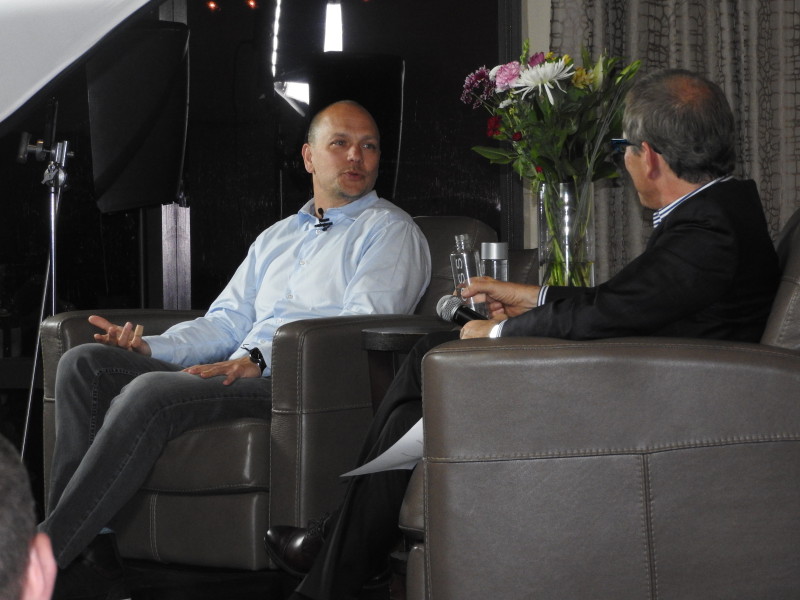 Tony Fadell, who is known for being the lead designer of the iPod, was recently interviewed by Appvance CEO Kevin Surace at the SV Forum Visionary Salon Dinner. VentureBeat was present at the event and has published a transcript of the discussion.

During the interview, Fadell discussed his roll at Apple and his relationship with Steve Jobs, in addition to an interesting look at the decision to bring iTunes to the PC.

Initially, Jobs was against introducing PC support for the iPod because he feared that it would detour people from the Mac. Fadell felt as if the PC version of iTunes would give customers a glimpse of what the Mac had to offer, and may end up attracting PC users to the Mac.

After being pressured by much of the iPod team to get iTunes on the world’s largest operating, Jobs still relented. Then, Jobs insisted that journalist Walt Mossberg sign off on the design. It’s interesting to see how Jobs wanted Mossberg’s blessing before he released iTunes for PC. Fadell claimed that Mac sales accelerated after iTunes launched on PC.

Another topic the interview covers Apple’s early research and development of a smartphone. Fadell and his team began imagining an “iPod phone” that was an iPod with a cell phone module inside it. The original design was an iPod with a click wheel for dealing, which was an idea that clearly didn’t work.

At the same time as the iPod was under development, Apple was also exploring the idea of a Mac with a touchscreen, which lead to the idea of a virtual interface on a phone.

Apple then began working on a multi-touch display and software that combined the user interface and user experience elements from the Mac and the iPod. The research and development that took place eventually lead to the device that became the iPhone.

The full transcript of Fadell’s interview, which contains additional details on his early career at both Nest and Apple, can be read over at VentureBeat.