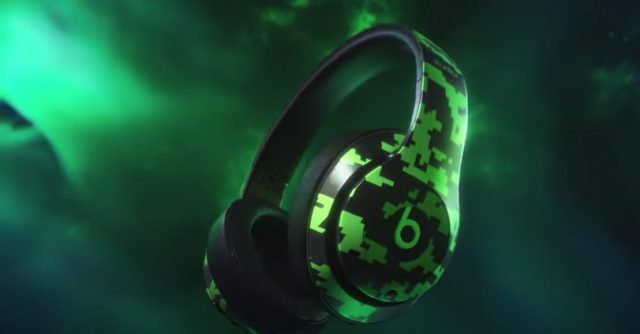 In a new YouTube video from Beats by Dre’s channel, the headphones — made in collaboration with Psychworld and singer/rapper Don Toliver — feature a bold, urban camo style with a bright, neon green colour scheme.

“Psychworld’s neon green palette brings exciting energy to the streetwear scene, and now to Beats Studio3,” reads the video description. “The digi-camo print makes the headphone stand out, while Active Noise Cancellation will keep you immersed in the music.”

The limited edition premium headphones are set to drop on April 22 at 9am PST.

Amazon will reportedly resume advertising on Twitter with an estimated increase in ad spending of $100 million USD (roughly $134 million CAD) annually. News of this quickly follows as Apple is said to be resuming its own advertising on the social media platform. News comes by way of Platformer's Zoë Schiffer, who states Amazon...
Steve Vegvari
19 mins ago