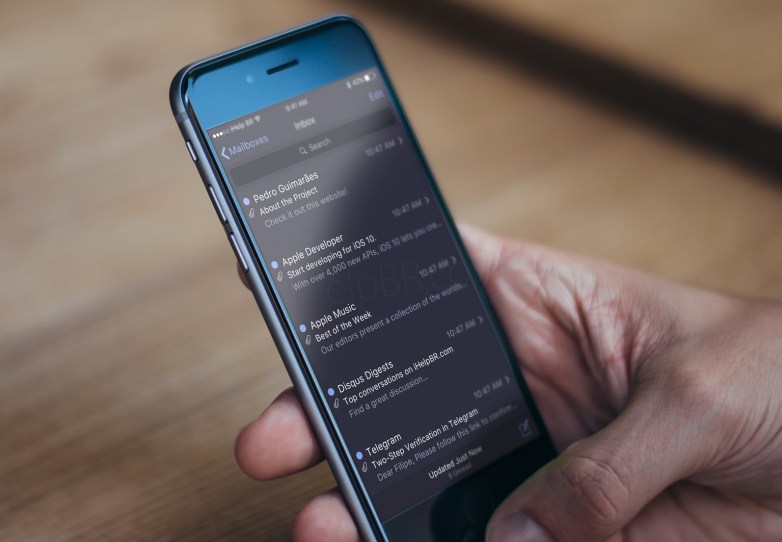 We still don’t know what Apple’s next iPhone and iPad operating system, presumably called iOS 11, will offer. However, this won’t stop artists from dreaming up ideas for Apple’s future mobile operating system.

Jacek Zi?ba of the MyApple YouTube channel has put together a concept video showcasing what Apple’s iOS 11 may look like based on a few rumours. The concept imagines a breathtaking system-wide dark mode implementation. This is a feature that is already an option in tvOS for the Apple TV, which means that we are likely to see an iOS implementation soon.

The concept also imagines a “Siri Assistant” which seems to contain Google Now-like features, like providing news and relevant information like a boarding pass or tracking number for a package you recently ordered.

We should get our first peek at Apple’s iOS 11 during WWDC in June, so we’re not too far away. In the meantime, you can check out the full iOS 11 concept video below:

HBO has made the decision to premiere the fifth episode of The Last of Us on Friday, February 10th to avoid overlap with Super Bowl LVII. For us in Canada, this means fans will be able to check out the upcoming episode on Crave a few days early. HBO's The Last of Us has been...
Steve Vegvari
12 mins ago