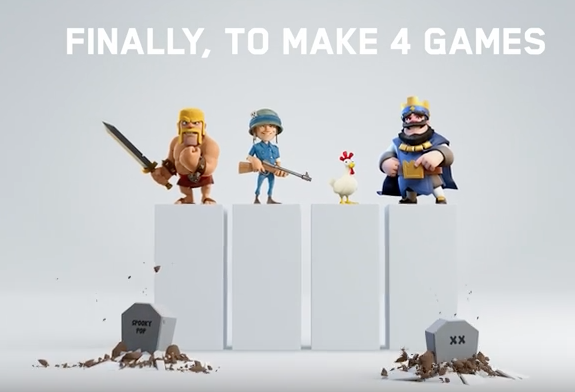 The company posted a video today announcing the milestone, saying more people play games daily than the amount of coffee Americans drink everyday, plus there are players in every single country in the world—except the remote island nation in the South Pacific, Tuvalu.

Players have created over 250 million clans in Clash of Clans, task forces in Boom Beach and neighbourhoods in Hay Day. In order to create four great games, the company said they killed 14 others—because they weren’t good enough.

Check out their celebratory video below, thanking its players:

Supercell posted revenues of $1.7 billion in 2014 from Clash of Clans, Hay Day and Boom Beach, tripling its revenue from the year prior, fuelled by in-app purchases. We’re still playing the addiction known as Clash of Clans, and it’s hard to stop when you have a bunch of friends playing together in a clan.