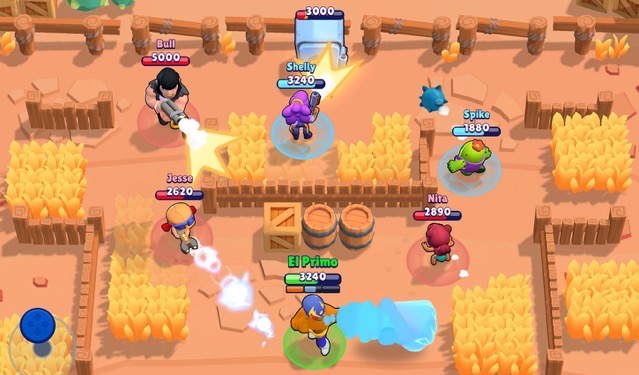 According to the latest Sensor Tower Store Intelligence data, Supercell’s Brawl Stars has generated an estimated $110 million in revenue just 2 months after its global release on December 12. Players from the U.S. have contributed the most to the game’s revenue stream with approximately $26.4 million or about 24% of the total.

This is a major milestone for the game, which was in soft launch for nearly 1.5 years leading up to its December 12, 2018 release onto the world stage.

It’s worth noting that the game has yet to launch in China, no doubt due to that country’s lengthy pause on approvals of new video and mobile games. South Korea narrowly edged out Japan with 14 percent of spending, compared to the latter’s 13 percent.

For Clash Royale, Supercell’s previous game release, China is the fourth largest market where it has generated almost 7% of its revenue. Once Brawl Stars releases in China, its revenue should also see a significant jump.

Since its official release in December, Brawl Stars has been installed nearly 60 million times, which brings its total downloads count, including the soft-launch period, to 66 million.

Including soft launch, the game’s gross earnings have reached almost $120 million, with January being its best month yet for revenue, generating more than $51 million. In comparison, the players had spent an estimated $41 million in the previous month.