Following a recent CBC News report that revealed cellphone tracking technology was being used near Parliament Hill, the Supreme Court of Canada and a senior executive with the Canada Revenue Agency reached out to Canada’s electronic spy agency for for advice on the trackers. According to emails released to the publication, an IT manager from the Supreme Court requested help from the Communications Security Establishment. 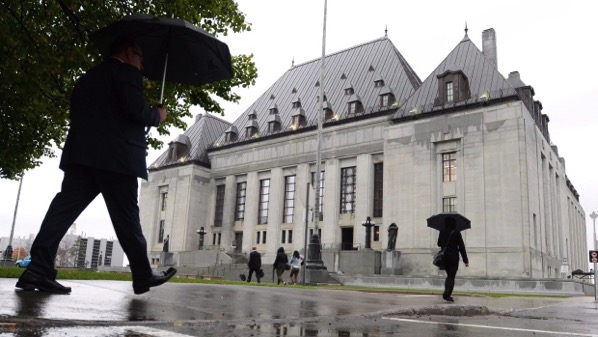 Although its not yet clear exactly what kind of assistance was requested from CSE, Remi Samson, a spokesperson for the Supreme Court, said that the court wanted to better understand any possible implications of this technology for the court. CSE then met with officials from the Supreme Court to explain how the technology worked.

Meanwhile, an IT specialist from the Canada Revenue Agency also reached out to CSE with concerns whether or not the BBM Enterprise is protected against the espionage tools found on Parliament Hill.

The specialist wanted assurances from the spy agency that BlackBerry Messenger (BBM) — an encrypted instant messaging and video app — is protected for all three kinds of messages: voice, text and video. Answers were not included in the email chain. But in a statement to CBC News, CRA said it “received clarification from CSE that no unknown security vulnerabilities were identified.”

In an email to CBC News, CSE said that its IT team provided guidance to both CRA and the Supreme Court, including information about the threats posed by the tracking devices known as IMSI catchers and possible mitigation measures.

A CBC News and Radio-Canada joint investigation had revealed earlier this year, that someone was using cellphone spying and tracking technology in the parliamentary precinct. The RCMP and CSIS then launched an investigation into who was using the trackers, which found out that it wasn’t a Canadian security agency.