We previously showed you a spy shot of the upcoming Apple Store at Guildford Town Centre in Surrey, which looks almost ready for its grand opening. Despite the store looking complete on the inside, many suspected it would open in time for the iPhone 5s and iPhone 5c launch on September 20, but that never materialized.

Now, the Guildford Town Centre location has started to become listed within the Apple Store iOS app when users go to find a store based on their location, a sign an opening is imminent, as noted by @alexglee: 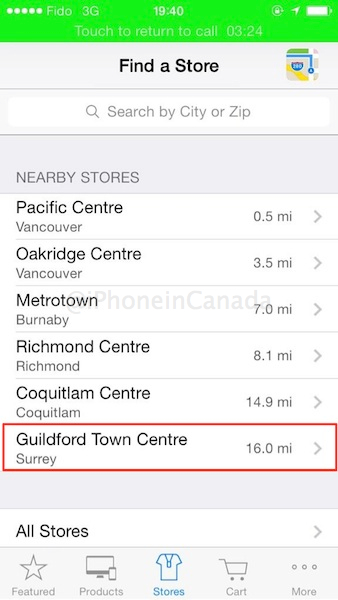 Retail sources familiar with the situation tell us the store’s opening has been repeatedly delayed, as issues have arisen related to staff hirings and bringing in more experienced employees from other stores. Regardless, the store looks almost ready for launch and could be coming anytime soon. Stay tuned!

Thanks King of Shenzhen