Well looks like we willed this one into existence, didn’t we? Apple has just updated its website to list the grand opening date for the highly anticipated Apple Store at Guildford Town Centre in Surrey, set for this Saturday, September 28 at 10AM. As always, the first 1000 visitors will receive a commemorative free t-shirt.

The Guildford Town Centre Apple store’s address and hours are listed below:

Last night the new Surrey location started to pop up in the Apple Store iOS app, which we told you about this morning; now we know why. If you want a sneak preview of the store you can check out this spy shot here.

This grand opening marks the sixth Apple Store in British Columbia, with all of them located in Metro Vancouver, and the 29th store for Canada. Despite the Lower Mainland having six retail locations, the province’s capital city of Victoria is still eagerly waiting for a store.

Who’s excited for this? Anyone going to line up? 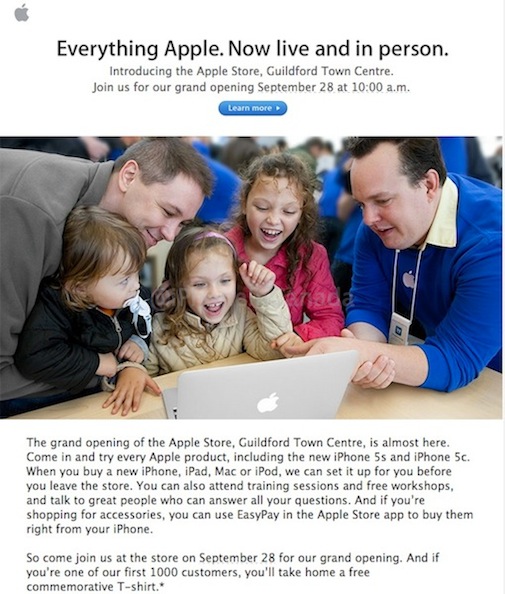 Update: Sept. 27–here is a picture of the outside of the store, almost ready for Saturday’s grand opening