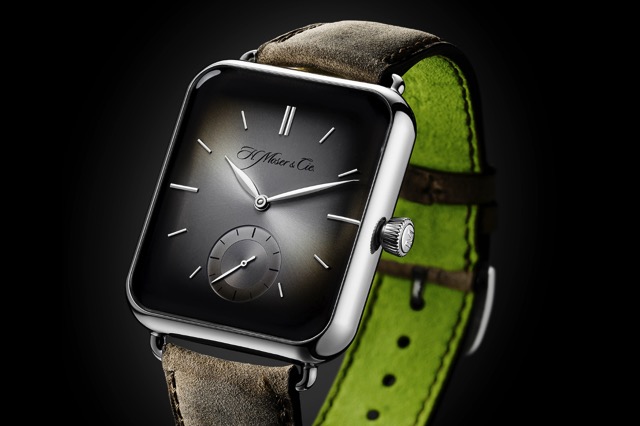 Luxury watchmaker H. Moser & Cie has just unveiled its new “Swiss Alp Watch”, which as you can see in the image above, is unashamedly an Apple Watch rip-off. The company writes on its website that its latest timepiece is a “statement” against the smartwatch trend and proves “traditional mechanical watchmaking has a future, and is, in fact, the future”. While it did not mention the Apple Watch by name, it’s clear it’s the product the company is talking about:

“The Swiss Alp Watch does not allow you to make calls, or send messages to share the latest gossip; it does not give you the option to send beautiful sketches you have created on a two-inch screen or to share your heart rate. It does much more than that: it lets you reconnect to what matters in life. It takes you back to sharing emotions with your nearest and dearest without a filter, interface or embellishment. Most importantly, it is something you can pass on to your children one day without having to upgrade it!”

And guess what, the company is selling the rip-off for a whopping $24,900, which is even higher than the gold Apple Watch Edition. Even the promo video for the Swiss Alp Watch is a blatant copy of Apple Watch ads, complete with unique views of the watch, a white background and a voiceover similar to that of Jony Ive.

Check out the video below “that will change your life” and share your thoughts in the comments section.