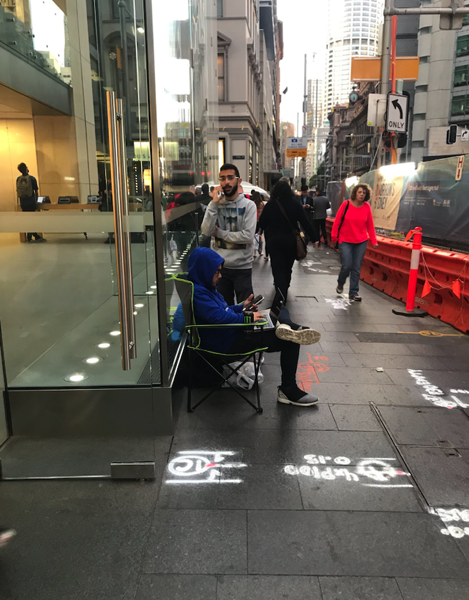 One day ahead of the actual announcement itself, a man has camped outside the Sydney Apple Store for the upcoming new iPhone. Spotted by Luke Hopewell (via BGR), the man doesn’t know which phone he’s actually lining up for. And given that the new iPhone is released two weeks on average after the launch event, he could be waiting there for as much as 15 days.

Two days ahead of the actual announcement itself, the first person has made camp outside the Sydney Apple Store for #iPhone8 pic.twitter.com/7R6TLYrtja

Some analysts believe the flagship ‘iPhone X’ will only launch in October, and even then it might be a limited release at a handful of flagship stores at first. But if the ‘iPhone X’ does end up going on sale in two weeks, this man could be the first person in the world to lay hands on a retail model, since Australian users get the new iPhone first due to the time difference.

Do you plan on lining up outside the Apple Store to grab the ‘iPhone X’ before any pre-orders are delivered?