Earlier this month, Apple stopped selling Fitbit devices at its retail and online stores, just weeks after Fibit’s public announcement that it has no plans to integrate with Apple’s HealthKit. However, a newly released app called Sync Solver seems to automatically export Fitbit data like steps, weight and sleep into the Health app in iOS 8, reports AppleInsider. 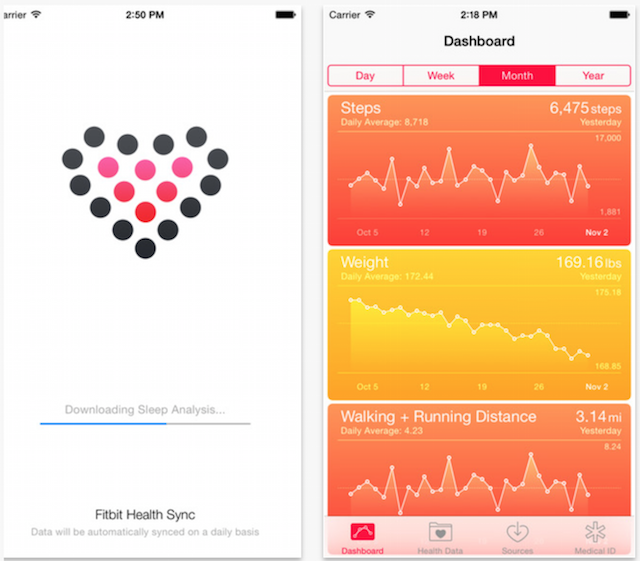 The Sync Solver app, which is now available for $0.99 in the Canadian App Store, also supports flights climbed, distance, weight, body fat percentage, body mass index, sleep analysis, dietary calories, resting calories, and active calories. Once the app is configured, it will automatically sync with a user’s Fitbit account once per day. The data is then exported to Apple’s Heath app using the HealthKit features of iOS 8.

“The need for Sync Solver has come about because Fitbit has publicly said they currently have no plans to integrate with Apple’s HealthKit capabilities in iOS 8. One possible reason for Fitbit’s reluctance to embrace HealthKit is the fact that data exporting is a “premium” feature in the company’s ecosystem. The ability to freely export Fitbit data, and integrate it with other services, requires a membership priced at $49.99, while Apple’s HealthKit could accomplish those same tasks for free.”

So if you’ve invested in some Fitbit hardware and are frustrated by the lack of compatibility with Apple’s Health app, the Sync Solver might just be what you need.