Tangerine to Support Apple Pay for Interac Debit Cards Soon, According to Apple [u]

Update 4:01PM PT: Apple has taken down the mention of Interac debit for Tangerine. Below is our original story.

Last August, Tangerine launched Apple Pay for their Mastercard credit cards, but Interac debit card owners were left out. When the bank updated its cardholder agreement back in October, many suspected Interac support for Apple Pay was imminent. 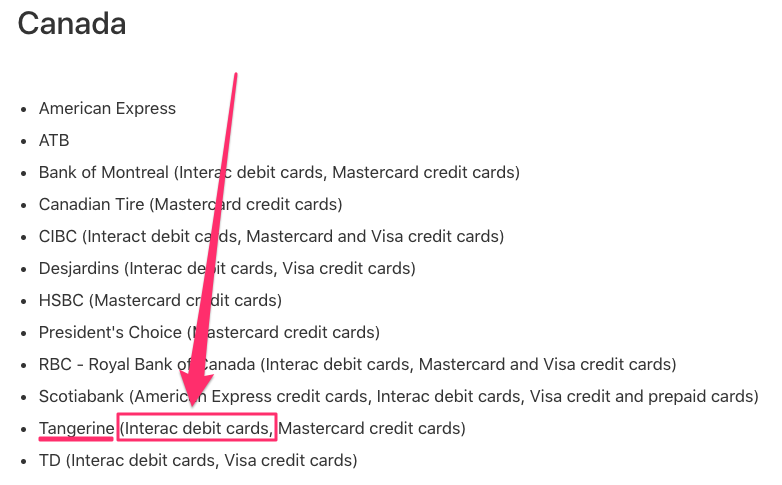 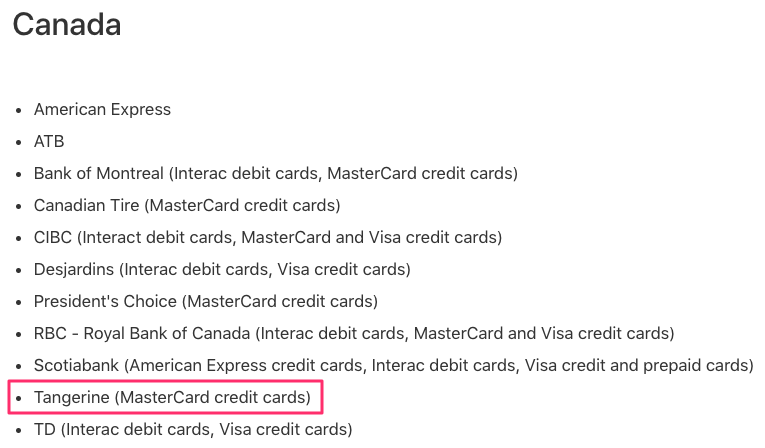 Tangerine customers can attempt to their Interac cards to Apple Pay, but the “Your Issuer Does Not Yet Offer Support for This Card” message appears in the process.

When we reached out to Tangerine about Interac debit support for Apple Pay, they responded with the following:

While we don’t have any updates to provide regarding Apply Pay for the Client Card at this time, we appreciate your interest and we’ll be sure to forward your comment for future consideration.

What do you think? Apple Pay coming soon to Tangerine Interac debit cards or what?