After months of waiting, here is some good news for Tangerine and PC Financial customers: Apple Pay support is live!

Tangerine support for Apple Pay arrives after three months after Apple officially wore down Canadian banks. RBC and CIBC were the first Canadian banks to support Apple’s mobile payment service, and since then other banks that balked at the mobile payment solution have come under pressure.

Scotiabank-owned Tangerine, however reacted to customer requests to make the service available and continued to send updates, alongside apologies, coming from the CEO Peter Aceto. In his tweet he mentioned 6-8 weeks for deploying Apple Pay. That was mid-May.

Fast forward to today: Apple Pay is now supported by all of the big five banks and now Tangerine. Tangerine’s Chief Information Officer, Charaka Kithulegoda teased that the bank was targeting end of July as the launch date for Apple Pay.

This morning Tangerine announced that it has finally deployed Apple Pay, for Tangerine Money-Back Credit Card clients, and pushed out an update to the Tangerine iOS app.

“We know the PC Financial customer wants simplicity, convenience and, most importantly, security when making a payment, and we look forward to offering Apple Pay as a digital option that delivers on all of these values,” said Barry Columb, President, PC Bank in a statement. 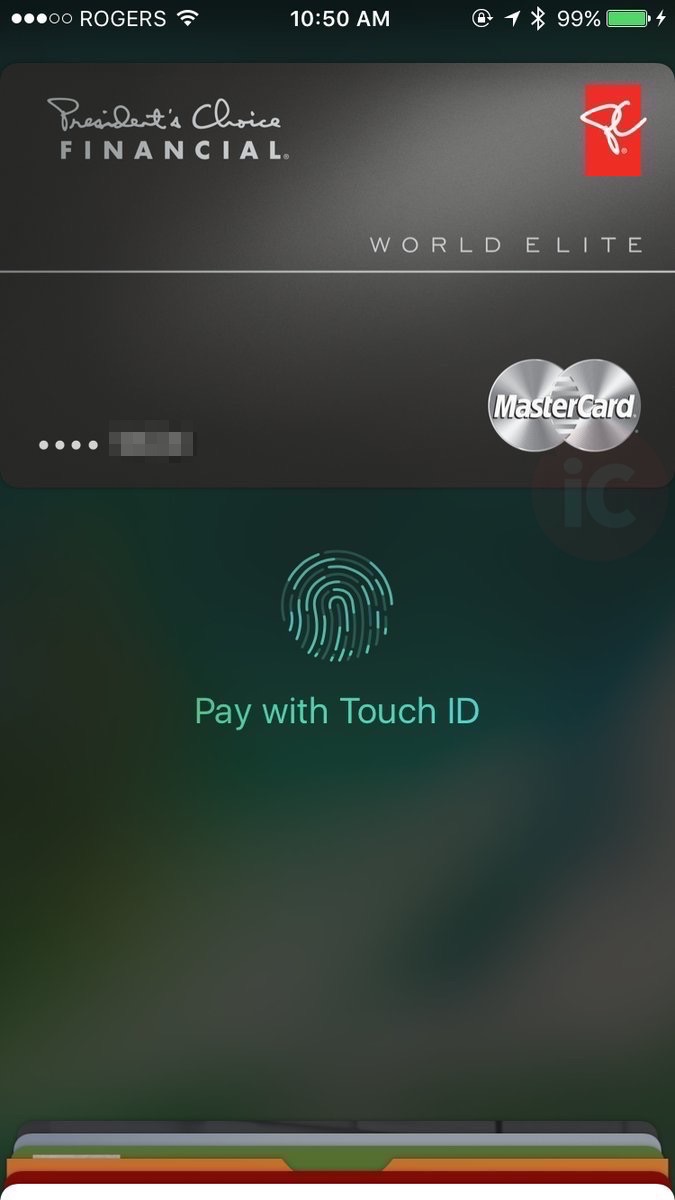 Update: To earn PC Plus points while using Apple Pay, members are required to scan their PC Plus card first, then use your iPhone for Apple Pay. Until PC Plus gets integrated into Apple Pay, this looks like the only way to do it:

SPECIAL MESSAGE FOR PC PLUS® MEMBERS
You will continue to earn PC points for every $1 spent on your PC Financial MasterCard. However, at this time, in order to keep earning PC® points from PC Plus® personalized digital offers and on-shelf offers at Loblaw stores you must tap or scan a separate valid PC Plus® device (i.e. your PC Plus® card, key-fob, app, barcode within Apple Pay or plastic PC Financial MasterCard or debit card) PRIOR to paying with Apple Pay. Therefore, you will need to scan or tap twice during the transaction; first to capture your PC Plus® membership with a valid PC Plus® device and second with your Apple Pay to capture your payment information.

Update 2: Apple Pay is growing at a fast pace, with over five times the transaction volume compared to a year ago, adding one million new users every week. Consumers have spent billions of dollars with Apple Pay, which is available in the US, UK, Canada, Australia, China, Singapore and Switzerland.

In countries where Apple Pay is live, there are over 10 million contactless payment-ready retailers–2.5 million in the U.S. alone, where 3 out of 4 mobile payments are using Apple’s mobile wallet. China saw over 3 million cards added in the first 72 hours.

So far to date, over 2500 banks have signed on to accept Apple Pay.

Our readers tell us they were able to add their MasterCard cards without issue. Have you?