The camera used to shoot Tangerine, a breakout hit from this year’s Sundance Film Festival, was the iPhone 5s, making it the first movie at the Film Festival to be shot almost entirely on an Apple device, The Verge is reporting. The decision to shoot the movie with an iPhone was taken by indie writer and director Sean Baker to accommodate the film’s small budget. Baker said the iPhone made for a good partner. “It was surprisingly easy,” he said, “we never lost any footage.” 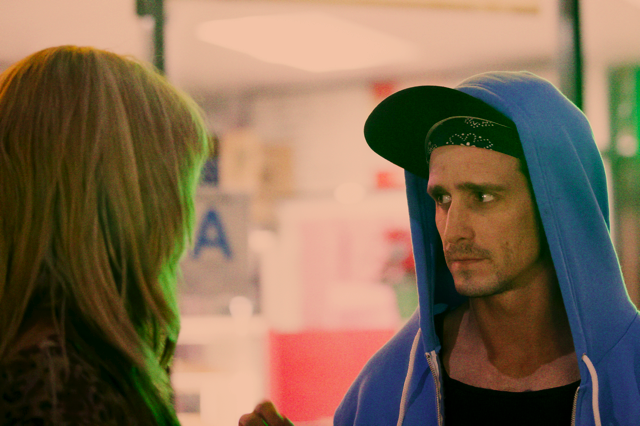 The most amazing thing about Tangerine is that you can never guess the camera when you’re watching the movie. It was shot in a widescreen, 2:35:1 aspect ratio, and its camera zooms through the streets of LA with a fluidity you’d never expect from a handheld device. In addition to using three iPhone 5s devices, Baker and his team used a Steadicam camera stabilizer and an $8 app called Filmic Pro that allowed the filmmakers fine-grained control over the focus, aperture, and color temperature.

“These phones, because they’re so light, and they’re so small, a human hand — no matter how stable you are — it will shake. And it won’t look good,” says Baker. So you needed the Steadicam rig to stabilize it.” The final ingredient was a set of anamorphic adapter lenses that attach to the iPhone. The lenses were prototypes from Moondog Labs, and Baker said they were essential to making Tangerine look like it belonged on a big screen. “To tell you the truth, I wouldn’t have even made the movie without it,” Baker says. “It truly elevated it to a cinematic level.”

You can read the full story at the source here.

Weeks after the official launch of the iPhone 14, Apple is already scaling up its new flagship product production. In order to meet demand, Apple will now be manufacturing its devices in India via Foxconn's plant in Sriperumbudur, Tamil Nadu. Apple officially revealed the iPhone 14 series on September 7th. Following its launch soon after,...
Steve Vegvari
50 mins ago