We covered the free calling app Tango back in the fall of 2010, as a jailbreak-free solution to be able to video chat over 3G on an iPhone 4. The app allows users to make free voice and video calls and was quite popular. So much so that it was recently targeted and hacked by the Syrian Electronic Army, according to EHackingNews.

The site was told by the hackers Tango had four servers for their website and were able to compromise all of them, plus download databases which reportedly contained millions of user phone numbers, contacts and email addresses. The intrusion was made possible due to Tango’s out of date WordPress install: 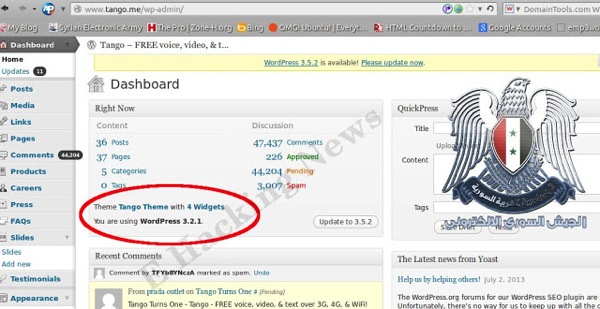 Tango acknowledged they had experienced a “cyber intrusion” from their Twitter account on the weekend, but did not disclose whether personal data was compromised or not:

Tango experienced a cyber intrusion that resulted in unauthorized access to some data. We are working on increasing our security systems.

We’ve reached out to Tango to ask if any user data was compromised, or if it was, was it encryptedAre you still using Tango?