Called ‘NxtWear Air,’ TCL will soon introduce a second iteration of the wearable personal display it released last year, offering a secondary display for your smartphone or notebook embedded in a pair of glasses frames (via The Verge). 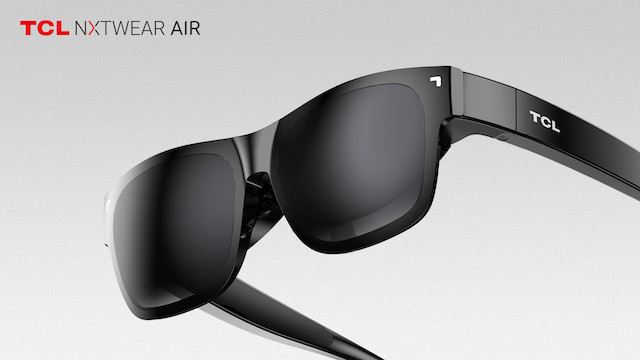 The all-new NxtWear Air glasses are 30% lighter and come with swappable magnetic front plates. The company has also improved the design, making them look more like a normal pair of sunglasses.

Similar to its predecessor NxtWear G, the NxtWear Air offers two 1080p Micro OLEDs that give the wearer the effect of viewing a 140-inch screen from about 13 feet away. Lenses on the NxtWear Air are opaque, and they do not offer any AR or VR features.

“It acts as a secondary display that you wear on your face, using USB-C to connect to a DisplayPort-compatible phone, tablet, or laptop. Stereo speakers are built-in, but if you don’t want to annoy everyone in earshot, you should connect Bluetooth or wired headphones instead.”

TCL expects to launch NxtWear Air in Q1 of 2022 at an undisclosed price.