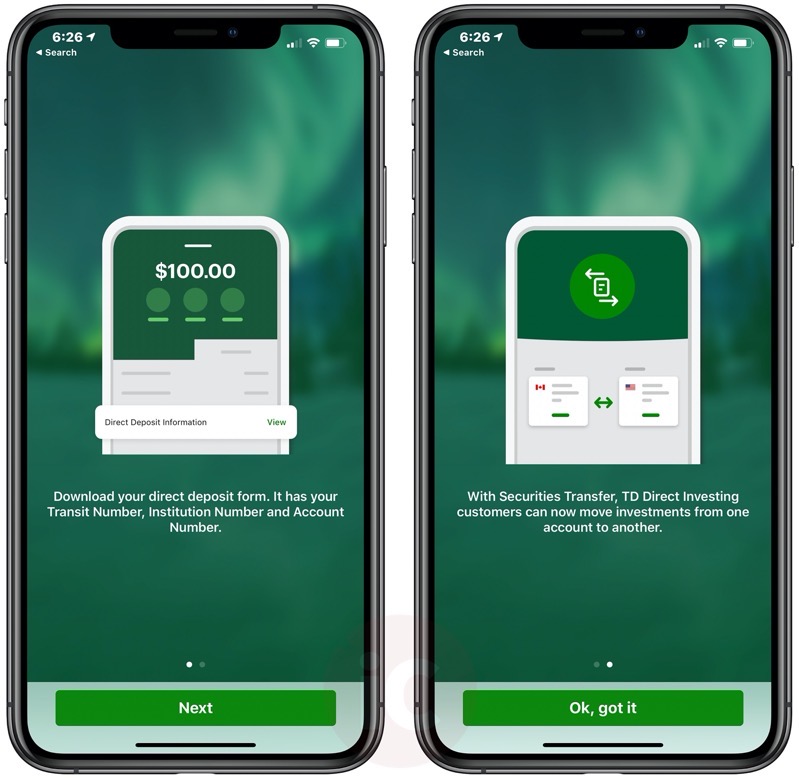 According to TD Canada, you can now “access your direct deposit account information and view, save, and send a copy of the direct deposit form via the app.”

This feature was released 12 days ago, but some users who updated were unable to access the feature until the most recent update made available yesterday.

The previous update also added the ability for Direct Investing clients to move investments from one investing account to another, while account holdings and analyst ratings now show additional data points.

Another feature is the addition of the TD MySpend shortcut on the app’s home screen.

One of the pain points in dealing with banks is dealing with direct deposit information, as sometimes customers need to physically go into a branch to get a direct deposit form filled out, but not anymore with TD Canada, as you can download the form which contains your transit number, institution number and account number.