TD Canada has announced the launch of a new chatbot, in partnership with Twitter Canada, making it the first financial institution in the country to debut a chatbot on the social network.

The bank is working with both Twitter and In the Chat, to utilize artificial intelligence to help customers answer simple queries.

We tested out the new AI chatbot on Twitter—all you have to do is visit @TD_Canada and tap on ‘Message’. Once you say “hi” (or something else), the automated response now includes at the bottom “Try Automated Personal Assistant.” If you tap on this, pre-populated answers appear at the bottom for you to choose from. 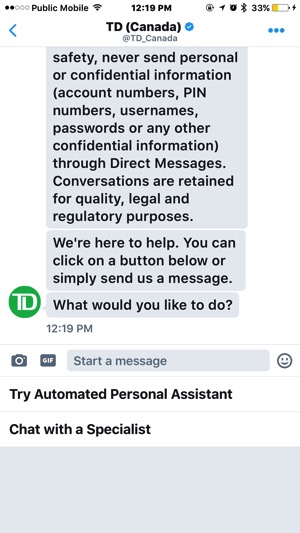 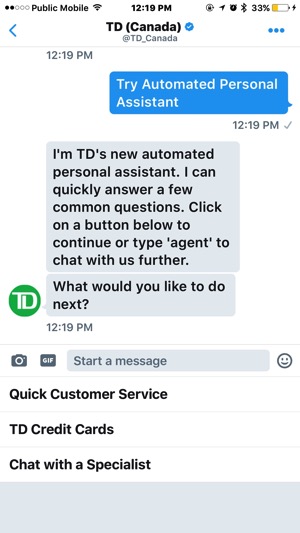 If you need more specific queries, the option to ‘Chat with a Specialist’ is a better option. The chatbot is guided through your answers at the bottom, so it’s not like chatting in real-time with an advisor.