Last week the big rumour we reported was Apple Pay was set to expand to Visa and MasterCard in Canada, and that came true with today’s announcement from MasterCard to support the mobile wallet.

CIBC and RBC were the first to note support, but what about TD, Scotiabank and BMO? These banks have landing pages noting Apple Pay is “coming soon”. All three have been responding to a flood of tweets from customers asking and they’ve shared links to landing pages.

“Canadians are highly mobile-engaged and are looking for secure and simple technology solutions that provide them with access to their financial information anytime, anywhere,” said Brian McCabe, Vice President of Day to Day Banking at Scotiabank. “Scotiabank is committed to delivering innovative, safe and secure mobile payment services to our customers, and we look forward to adding Apple Pay to our line-up of mobile solutions.” 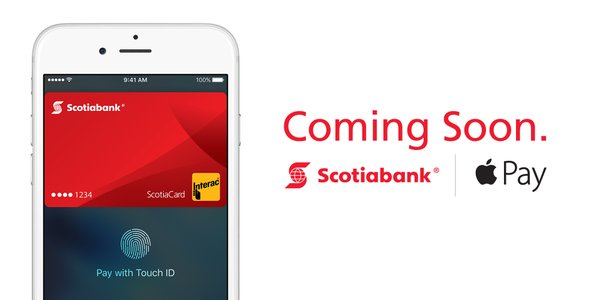 …and the same with BMO, sharing this landing page: 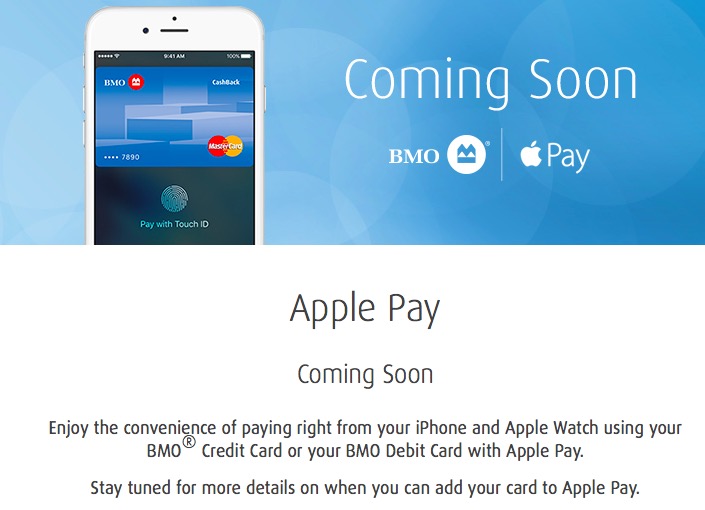 As for HSBC Canada, they responded to a customer by saying they are “looking to bring Apple Pay and other mobile payments” on board:

These big banks roll hard together like our wireless carriers. You would think their official announcements would come sooner rather than later. Stay tuned!

Update: iMore reports TD, Scotiabank and BMO statements say Apple Pay support coming in June. Scotiabank told us via email “mid-June” specifically. You can bet all three will launch at the same time.

Update 2: BMO responded via email to say to their understanding, “it’s in the coming weeks.”

Update 3: PC Financial, which is powered by CIBC, had this to say about Apple Pay: 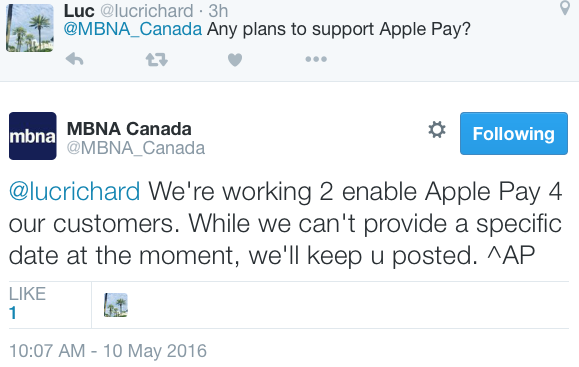 Update 5: National Bank says Apple Pay is one payment solution they are “evaluating” (note their iOS app was recently updated with Touch ID, a good sign):

Update 7: Capital One says “nothing to announce” on Apple Pay, but stay tuned: 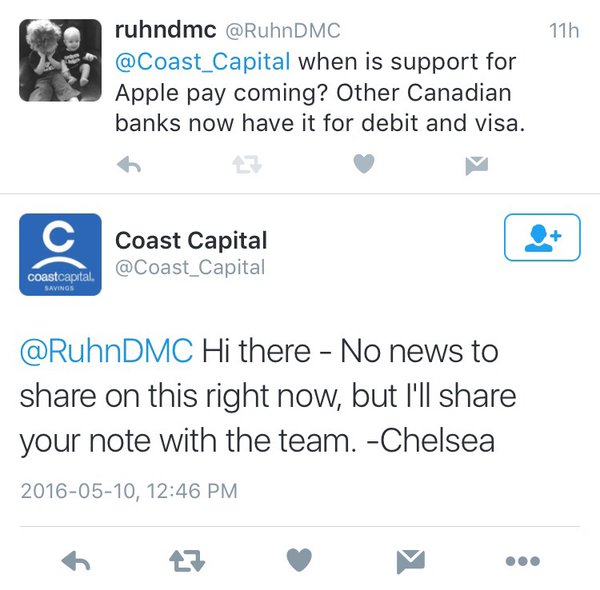 Update 11 (May 11): We reached out to Rogers to ask about their Rogers Bank MasterCard and Apple Pay support. They responded with the following statement: “We’re always looking at trends in the marketplace, including things like digital wallets. We don’t have specific details to share on future plans.”