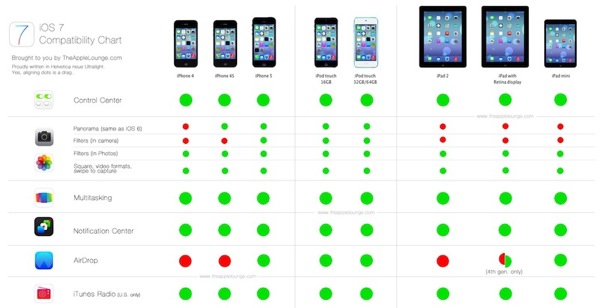 According to an internal document, TELUS employees are slated for iOS 7 training webinars, with a choice between September 17 or 19, reports MobileSyrup. Employees are also asked to ensure store versions of iTunes have been updated to 11.0.5 “immediately:

“This fall, Apple will be introducing the new and highly anticipated redesigned iOS 7. With over 200 new features, it is impossible to cover them all. Please take a moment to familiarize yourself with these key design and feature upgrades to better assist you with positioning iOS 7 to your customers.”

Last year, the golden master version of iOS 6 was made available to developers the same day as the iPhone 5 announcement event, which landed on September 12. Apple announced the public release of iOS 6 was set for one week later on September 19.

If Apple follow’s last year’s timeline, we should see again iOS 7 golden master released to developers on September 10, with the public release to follow on September 17–the same day TELUS employees are slated to ‘train’ on iOS 7.

[caption id="attachment_389490" align="aligncenter" width="1400"] Image: Marcus Kane[/caption] As we count down the months to the launch of Apple's long-rumoured mixed-reality headset and, with it, an entirely new product category for the tech giant, we're starting to see more leaks and concept designs pop up. The latest concept renders of Apple's "Reality Pro" AR/VR headset imagine...
Nehal Malik
2 mins ago