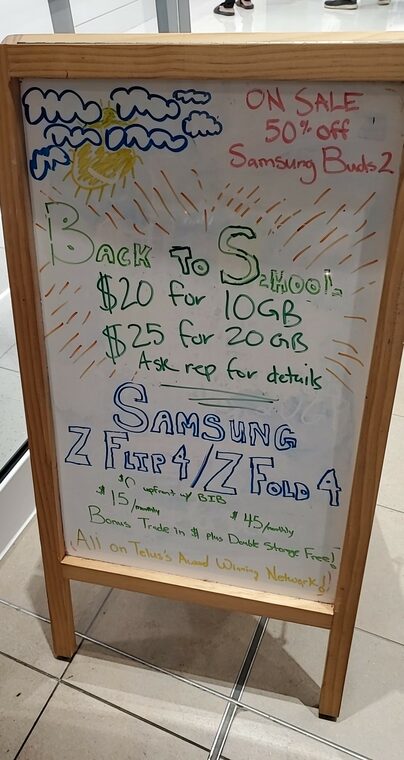 Telus looks to be offering a deal right now that can save you $35 off per month on select plans, but it’s only available at select retail locations.

That’s according to RFD user ‘aayhuaang’ the Telus retail store and Koodo kiosk at Scarborough Town Centre in Ontario are offering the following plans, being advertised on a sandwich board outside locations:

What’s the catch? This pricing is only good for 12 months for new activations, saving customers $35 per month. After the one year discount, prices return to the normal pricing.

A $5/month discount also applied on top for those adding secondary lines, plus activation fees were waived.

The Koodo kiosk was only advertising the $25/20GB plan.

Now, this pricing was valid on Tuesday, September 13, but one day after the plan pricing hit RFD, inquiries surged and Telus switched the pricing. 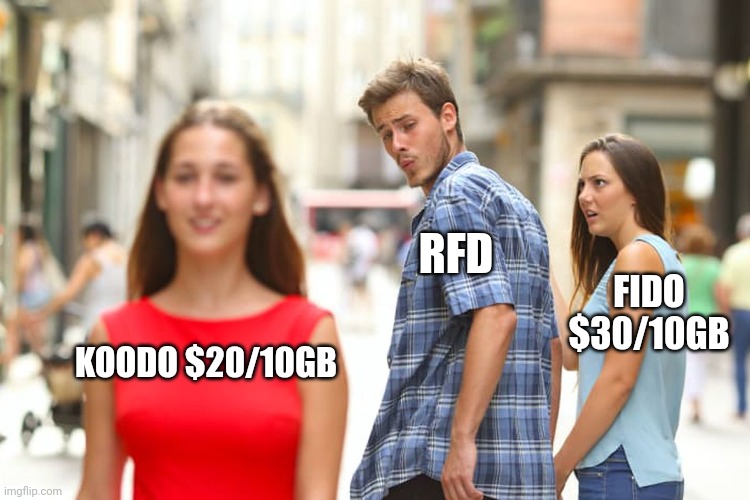 Again, we’re seeing these limited wireless deals offered at smaller retail locations in Ontario, and if you were able to nab it while it was available, good for you. For everyone else that can’t find these deals, whatever is advertised on ‘Big 3’ carrier websites is what you’ll have to pay. But it’s clear pricing can go down further.