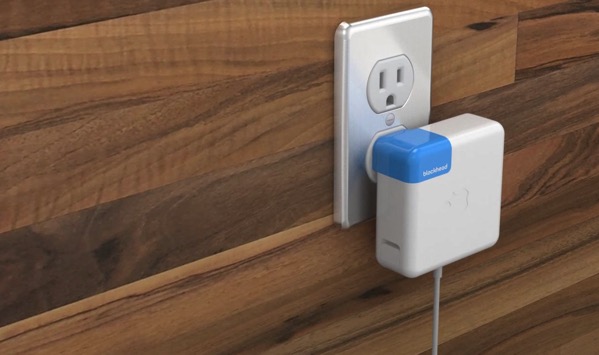 The wait for a side-facing plug for Apple chargers is finally over, as Ten One Design has announced the launch of ‘Blockhead’ plug, which snaps on to your existing Apple charger and allows it to sit flat against the wall. As you can see in the image above, Blockhead brings the adapter’s center of mass closer to the wall by turning it sideways, which causes less tension on the plug and a lot less falling out.

At just over an inch thick, Blockhead is the thinnest possible way to charge your MacBook. It directs your cord downward along the wall at a more natural angle, making it look great while also protecting against cord stress. Turning your charger sideways also lets it fit just about everywhere, such as behind a sofa or a cabinet.

The Blockhead side-facing plug is fully compatible with all MacBook chargers as well as with 10W and 12W iPad chargers. You can order one right now for as low as $19.94 (ships in late April) at this link.