Tesla Rolls Out Autopilot Update for its Newer “Hardware 2” Vehicles 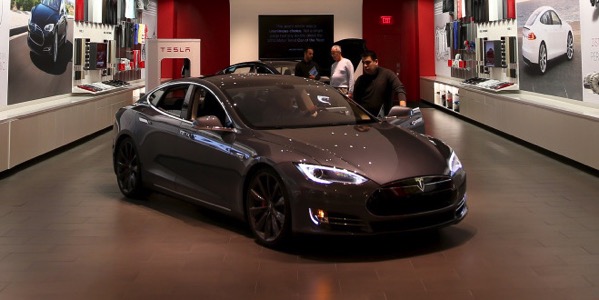 Last month, Tesla CEO Elon Musk had said that the owners of so-called “Hardware 2” or HW 2 Tesla vehicles won’t have to wait long to get their functioning Autopilot update, and today, the company has started rolling out the much-anticipated Autopilot update to owners of its newer Tesla Model S and Model X vehicles. According to TechCrunch however, the update is only live on an initial 1,000 cars, while others will need to wait for a wider rollout that is due within a week.

Unlike older Teslas, vehicles built after October — known as hardware 2, “HW2” — were released initially without the full suite of Autopilot features, which provide advanced semi-autonomous driving for use on highway. That’s because they shipped with different (new) software and hardware which, in the long run, will enable them to be fully self-driving. In the short term, though, this new update, announced by Musk on Twitter on New Year’s Eve, will add a number of a number Autopilot features to the vehicles to get them near on par with older Tesla models.

The release notes of the latest Autopilot software include Autopilot’s Traffic Aware Cruise Control feature, Forward Collision Warning, and Autosteer, although the latter is only enabled at “low-speed”.

Owners of newer the Model S and Model X have had to wait a little, but there’s huge upside to that since their vehicles come with all the sensors and computing power onboard needed to achieve full self-driving once the software is ready.

Tesla CEO has previously said that he believes the company will be in a position to field test full autonomy by the end of 2017.