The 2018 Edition of Apple Bingo is Here!

Twitter user Edward James has posted a link to over 30 different variations of Apple Bingo which you can play tomorrow. Bingo entries include the following: 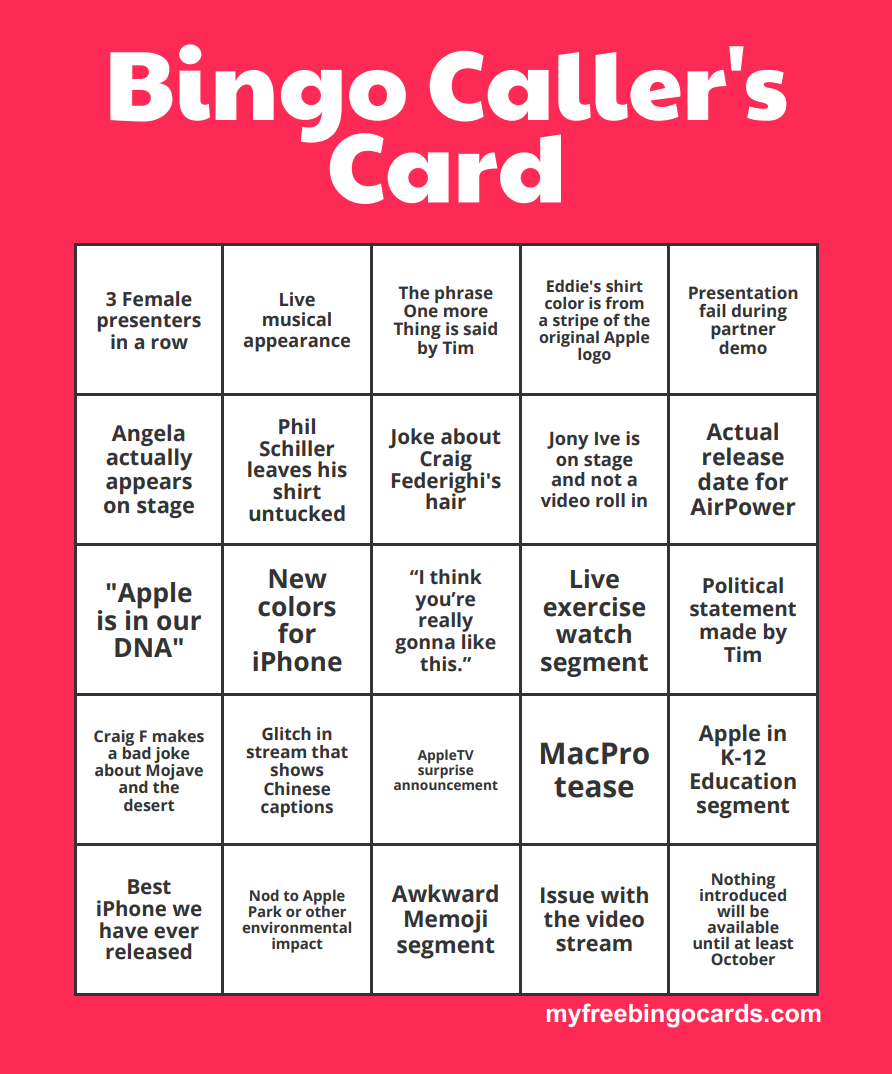 evgiz.net has also published an interactive webpage that has a Bingo board, which you can play on during the event and even shuffle for your own amusement.

The display technology experts over at DisplayMate have crowned the iPhone 14 Pro Max's screen the best to ever grace a smartphone, giving it their highest-ever A+ rating and "Best Smartphone Display Award." DisplayMate is one of the world's leading authorities on display technology. The corporation's reviews and reports are based on comprehensive, objective laboratory tests...
Nehal Malik
36 mins ago