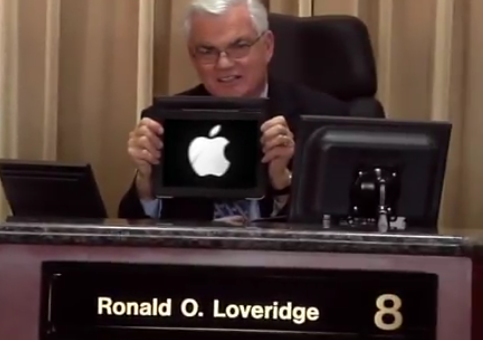 If you have an Apple Store in your city, consider yourself lucky. Here in Vancouver, we have two locations (with a rumoured fifth location coming) for a population of roughly 578,000 people, and two more in neighbouring Richmond and Burnaby. Each location is no more than 25 minutes away from the next. You can never have enough Apple Stores.

Riverside is the sixth largest city in California but they have one thing missing–an Apple Store. So what’s a city to do? Mayor Ron Loveridge and his City Council decided to spend $3500 to make a video showcasing the love they have for Apple products and how they would mutually benefit if Apple setup a retail shop there. There are three other Apple Stores nearby, but the closest is 40 kilometres (25 miles) away, clearly too far for Riverside.

Check out the video below–is Riverside worthy of an Apple Store (nice choice of Gary Glitter’s ‘The Hey Song’)?