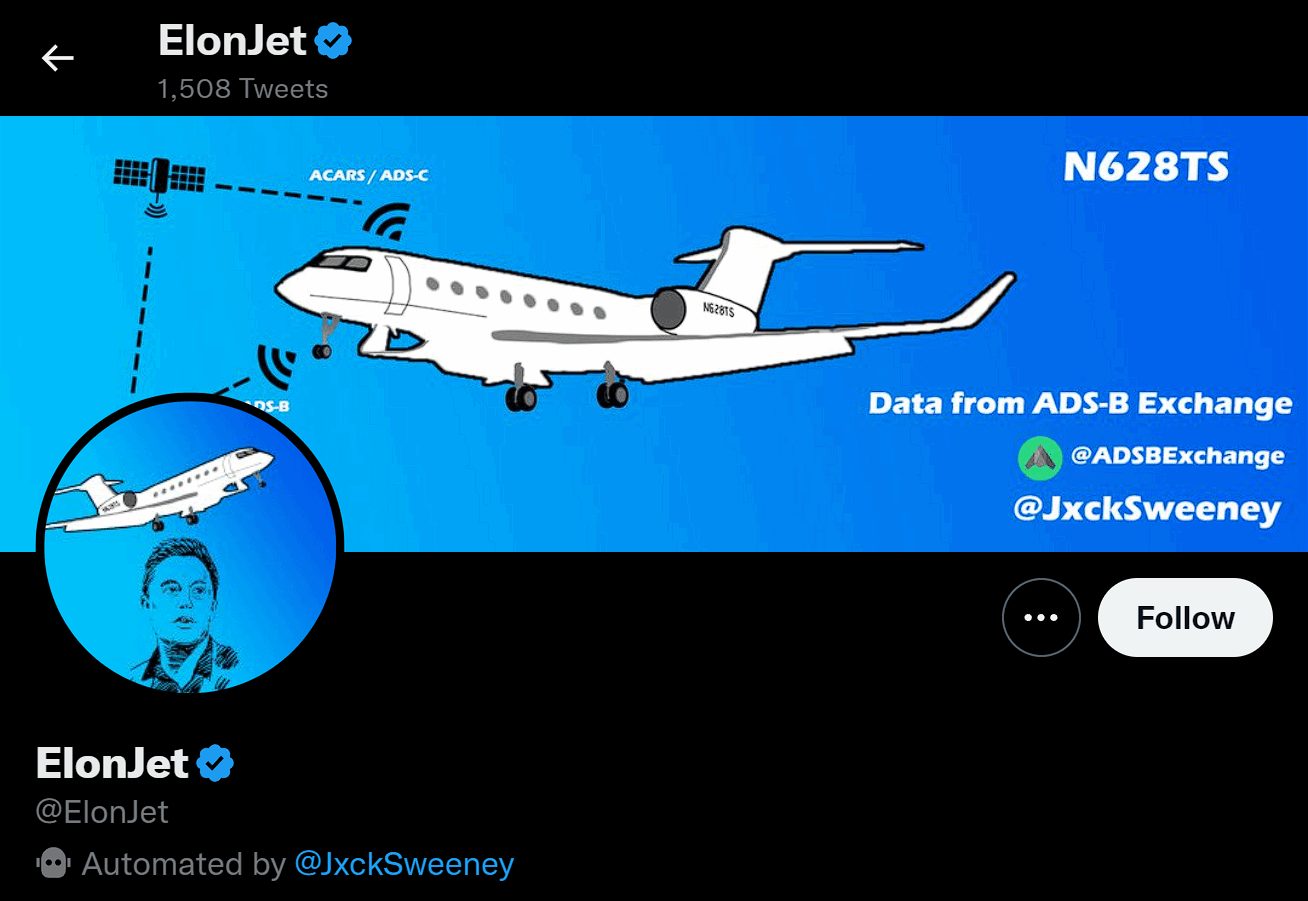 Jack Sweeney, a 19-year-old known for tracking Elon Musk’s private jet, claims the eccentric entrepreneur “shadowbanned” the @ElonJet Twitter account after he took over the platform back in October (via Business Insider).

Shadowbanning is a way for social networks like Twitter to block or limit the visibility of a user’s posts, comments, and other interactions on the platform without notifying them. Other users on the platform are unable to (easily) see any content posted by the shadowbanned user, with the latter being none the wiser.

Musk has previously called the @ElonJet account a “personal safety risk.” He even offered to buy the account off Sweeney for $5,000 USD at one point, although the teen tried to negotiate for a bigger settlement. Even so, Musk outright said he would not ban it due to his “commitment to free speech.”

My commitment to free speech extends even to not banning the account following my plane, even though that is a direct personal safety risk

The teen claimed he was told by an anonymous Twitter employee that the  Sweeney that the @ElonJet account was on “visibility limited/restricted to a severe degree internally” on December 2.

Some users noted on Twitter that they were unable to search for the account using keywords or tag it through suggested usernames, which could be a result of the alleged filtering.

Did you know that @elonjet is de-amplified?
You can't keyword search the account or tag the account through suggested usernames.
I'm unsure if this is new due to Elon's purchase or something that's been in place, but it is interesting. pic.twitter.com/jIdMpS6cep

Earlier today, Sweeney said that the @ElonJet account was no longer banned or suppressed in any way. “I think Twitter noticed my tweets and back tracked. Guilty in my book.”

It appears @ElonJet is longer banned or hidden in anyway. I think Twitter noticed my tweets and back tracked. Guilty in my book. pic.twitter.com/MRxVbPaXxS

Twitter’s recently-minted owner said last week that the platform is working on a new feature that will show users their “true account status.” This will inform users if they’ve been shadowbanned and how to appeal.

Twitter today relaunched its Twitter Blue subscription service, which includes account verification and a blue checkmark, among other things. This time, the service costs an additional $3 for iPhone users.