The Frustrating Quest For the iPhone 4

I’m Chris, the newest contributor to iPhoneinCanada.ca and I have a shameful secret and personal frustration to share with you today.Â I don’t own an iPhone right now nor haveÂ IÂ ever. I do however have one coming my way at some point in the near or distant future but that’s my frustation; the wait is terribly long!

I haven’t had to pay for a single smartphone in over four years because the company I work for supplies them for free and pays the bill. It’s a sweet deal really, and I have little to complain about in that regard. Yet from the day the iPhone was first introduced and released back in 2007 I have coveted the device to no avail. Until recently we didn’t support or offer the iPhone yet now that we do, the wait is long. 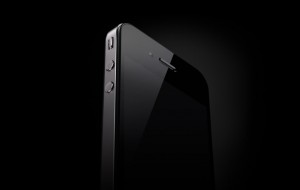 That’s becauseÂ supply is not meeting demand.Â We’ve been given countless (and often conflicting) timelines on how long it will take. Two weeks. Six weeks. Who knows. Unfortunately because we go through a dealer rather than Telus or Apple directly, I’m not holding my breath on anytime soon. My own personal order was delayed due to corporate shenanigans so I probably won’t see it until shortly before Christmas. My anxiousness got so bad that when a package arrived yesterday I gleefully opened it thinking a miracle occurred. Instead I got a box full of crap that I don’t really care about. Dang false hope.

I can’t imagine what it’s like for those poor souls who place their unlocked phone order online having to wait two to three weeks (trust me, I would’ve taken this route but we have a newborn and limited income). Or worse yet, those of you like my buddyÂ in Vancouver who woke up early three days in a row to line up at the Apple store. That’s if you live in a city that HAS an Apple store. Otherwise, you’re relying on carrier stock to come in.

Yet we try more often and we wait longer than most of us visit our grandma. Why? Because we are drones sucked into the hype machine? Because we are slaves to these shiny devices that improve our productivity as much as they allow us to waste time on games and facebook? That debate can be hotly contested for a millennia.

Me? I’ll just sit here waiting for my iPhone, gasping with glee every time someone shows up in my office with an unexpected package only to be let down by some boring batch of office supplies.

Tell us about your iPhone 4 quest.