Apple was recently challenged for its claim the iPhone 4 was the ‘world’s thinnest smartphone’, compared to rival Samsung’s Galaxy S II. Apple ended up winning that battle, according to the Guardian.

To help judge the exact title for the thinnest smartphone, in stepped the UK’s Advertising Standards Authority (ASA). What is the role of the ASA?

The ASA is the UK’s independent regulator of advertising across all media, including marketing on websites. We work to ensure ads are legal, decent, honest and truthful by applying the Advertising Codes.

The ASA had received a complaint about Apple’s iPhone 4 ad, so out came the measuring tapes–and Apple’s statement to the ASA comparing the iPhone 4 dimensions to the Samsung Galaxy S II:

“Apple pointed out that the Galaxy S II had prominent bulges at the top of the device…Apple said consumers would not be interested in the thinnest part of the device, but in its overall measurements, as these would, for example, affect whether the device could fit into a pocket or purse.” 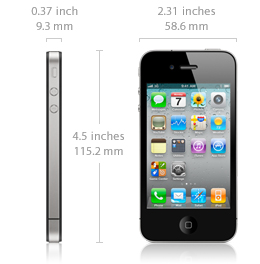 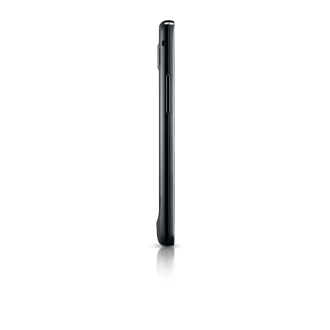 It makes sense to compare the thickest parts of both phones to boast which phone would be the thinnest. If thinness was measured by the slimmest parts, a manufacture could just create an extreme tapered design (think MacBook Air) and call it the thinnest smartphone ever. What do you think?

The rumoured iPhone 5 is allegedly thinner and wider than the existing iPhone 4, which remains Canada’s most popular cellphone.

Music streaming giant Spotify's shares surged as much as 10% today after the company reported Q4 earnings that beat analysts’ revenue estimates with strong user growth. According to CNBC News, Spotify reported 489 million monthly active users for the quarter, up 20% year over year. There were 33 million net additions to monthly active users...
Usman Qureshi
32 mins ago

1Password developers have just shared a preview of all the new features and improvements coming in their next major update, especially for iOS users. Reorder fields and sections inside items One of the biggest improvements in the forthcoming 1Password 8 update will be the ability to reorder fields and sections within items. "Just edit the item,...
Usman Qureshi
45 mins ago